Despite lack of consensus in the scientific community directly associating talcum powder with the risk of ovarian cancer, jurors have sided with plaintiffs rather than Johnson & Johnson in four out of six talcum powder lawsuits that have gone to trial. 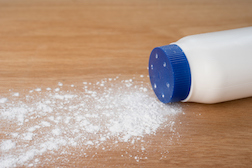 While the plaintiffs have presented studies dating back to the 1970s that show a link between talc and ovarian cancer, Johnson & Johnson has in its arsenal studies showing there is little or no link. As well, plaintiffs in the Fox lawsuit, which resulted in a $72 million settlement, cited internal memos indicating that J&J officials were aware of decades of research but chose not to warn consumers, rather choosing profit over people’s lives. Attorneys introduced as evidence a 1997 memo from a J&J medical consultant who said that, “anybody who denies [the] risks” between “hygenic” talc use and ovarian cancer would be publicly perceived in the same light as those who denied a link between smoking cigarettes and cancer.”

And talcum powder is far from the first product J&J has defended: a long string of litigation, from Motrin to hip implants to contact lenses has more than tarnished its reputation. The giant health-care company has already paid out several billion dollars in civil settlements and criminal fines, and now it’s shelling out millions of dollars to settle talcum powder lawsuits. Another nail in its coffin is the Campaign for Safe Cosmetics, a coalition of groups that, since 2009, has been hounding J&J to eliminate possible carcinogenic ingredients such as 1,4-dioxane and formaldehyde from its products, including baby products. J&J finally agreed to eliminate those ingredients(The New York Times, 1/17/14), but it took several years of campaigning and negative publicity to do so.

It would appear that J&J lost its credibility a long time ago.

More TALCUM POWDER News
Because there are many conflicting talcum powder/ovarian cancer studies, it’s no wonder that one Missouri jury (again in the Fox lawsuit, Hogan et al v. Johnson & Johnson et al) deliberated for three weeks, according to Reuters (Feb 2016). Frequent talcum powder use on the female genital area increases the risk of ovarian cancer between 30 – 60 percent, according to the International Journal of Gynecological Cancer. However, the American Cancer Society studies are mixed, with some reporting a slight increased risk and others reporting no increase. Meanwhile, the FDA seems to be in limbo. The Washington Post reported that, because the FDA continues to get “adverse event reports” involving talcum powder, it is taking another look at the evidence and launching its own laboratory research. In its summary of one study funded by the FDA’s Office of Women’s Health, the agency says that “talc’s effects on female genital system tissues have not been adequately investigated.”

But jurors are human: sympathy for women with ovarian cancer perhaps outweighs scientific evidence, so far.

Johnson & Johnson has stated that, although they sympathize with plaintiffs, they “firmly believe the safety of cosmetic talc is supported by decades of scientific evidence,” and J&J spokeswoman Carol Goodrich said the Fox verdict “goes against decades of sound science proving the safety of talc as a cosmetic ingredient in multiple products.” According to the LA Times(August 21, 2017), there are still more than 4,500 claims pending nationwide.