J&J’s Cost of Defending its Talcum Powder is Rising

Johnson & Johnson last year was hit with three talcum powder cancer lawsuits, making the jury verdicts in St. Louis a combined $197 million. Judging from the drug company’s continued legal woes, it appears that these settlements may simply be the cost of doing business. 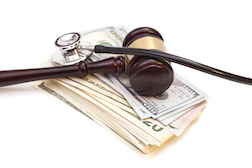 The second jury trial three months later awarded Gloria Ristesund $55 million for her ovarian cancer lawsuit and last October J&J lost its third St. Louis trial. The jury awarded California woman Deborah Giannecchini more than $70 million. At the time, Bloomberg reported that J&J was accused in about 1,700 pending lawsuits in state and federal court of ignoring studies linking its baby powder and Shower-to-Shower talc products to ovarian cancer and failing to warn customers about the risk.

More TALCUM POWDER News
In the wake of these huge awards, more women are filing talcum powder cancer claims and lawyers are currently investigating thousands of potential cases. Onder Law, the law firm that represented plaintiffs in the three St. Louis cases, have cited research going back to the 1970s linking cancer to talcum powder. More recently, a 2008 study from Harvard epidemiologist Dr. Margaret Gates said that women who use talcum powder weekly face a 33 percent increase in risk for ovarian cancer. When used daily, the risk is 41percent.

Ovarian cancer accounts for about 22,000 of the 1.7 million new cases of cancer expected to be diagnosed in the U.S. this year. If, indeed, a number of these cases are linked to talcum powder, it'll be a good thing that the drug giant has deep pockets, but at what cost—women’s lives.