A talcum powder lawsuit alleging wrongful death has been filed against Johnson & Johnson by a widower who says his wife's use of talcum powder caused her ovarian cancer, which ultimately killed her. The lawsuit joins scores of other lawsuits filed against Johnson & Johnson by plaintiffs who say they or their loved ones died of ovarian cancer thanks to their use of body powder. 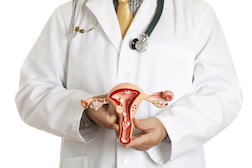 According to SE Texas Record (12/29/16), Marcus Witherspoon filed the lawsuit in Texas court on November 22. In his suit, Witherspoon argues that Mary Ann Witherspoon's November 2014 death from ovarian cancer—which was diagnosed only months before—was caused by her regular exposure to talcum powder.

In a different case, although the jury sided with the plaintiff it did not award any damages. But in October, Deborah Giannecchini was awarded $70 million in her lawsuit, with the jury awarding $575,000 for medical damages, $2 million in compensatory damages, and $65 million in punitive damages. Giannecchini was diagnosed with ovarian cancer in 2012 but argued in her lawsuit that her doctors have said her cancer will likely take her life in the next two years, despite her having undergone extensive treatment.

More TALCUM POWDER News
Johnson & Johnson is expected to appeal this award and two other awards handed out by juries of $72 million and $55 million. The company has said its talcum powder is safe for use. Plaintiffs, however, say evidence of talc particles in their ovaries are proof the talc can move into a woman's ovaries and cause cancer. Some scientists believe talc particles in the ovaries can cause inflammation, and repeated inflammation has been linked to ovarian cancer.

The next talcum powder ovarian cancer lawsuit is not expected to go to trial until 2017. In addition to claims concerning ovarian cancer, there are also reportedly claims linking talc to mesothelioma.

The Witherspoon lawsuit is case number 9:16-cv-00195 in Lufkin Division of the Eastern District of Texas.