A recently-filed body powder lawsuit is the latest to assert troubling allegations surrounding body powder and cancer, with the manufacturer of a heritage talcum powder product firmly in its sights. 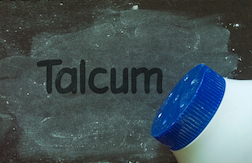 Johnson & Johnson (J&J) has long been known for its talcum powder products, originally designed to help prevent diaper rash but in recent decades marketed to women as a means to help foster freshness in the genital area. In recent years a plethora of women have come forward, having used talcum powder in their nether regions for decades – as their mothers, and grandmothers may have done before them– only to be devastated later in life with a diagnosis of ovarian cancer.

A Johnson & Johnson lawsuit brought by Shintelle Joseph in Louisiana is just the latest in a long line of cases alleging an association between body powder and cancer, with references to various studies suggesting similar conclusions.

Joseph, in her talcum powder lawsuit, claims that J&J actively marketed its heritage body powder as safe and effective for odor and moisture control, in the absence of any reference to potential risk for cancer.

“Defendants have known, or should have known, that the products are unreasonably dangerous when used by a woman in her perineal area but have continued to design, manufacture, sell, distribute, market, promote, and supply the products so as to maximize sales and profits at the expense of public health and safety in conscious disregard of the foreseeable harm to the consuming public, including plaintiff,” the complaint says.

As others have done before her, Joseph references studies that show an association between talcum powder use in the genital area, and the emergence of ovarian cancer. Among the studies referenced was that of Dr. Daniel Cramer, who discovered as far back as 34 years ago a 92 percent increased risk for ovarian cancer amongst women who used body powder in their genital area.

Cramer’s 1982 study, the first epidemiological study of its kind on talcum powder use on female genitalia, has since been augmented by some 22 additional studies focused on the same issue, with the vast majority finding an association between talcum powder use in the genital area and ovarian cancer.

The lawsuit goes further. Eleven years after Dr. Cramer delivered his ground-breaking epidemiological study on talcum powder and cancer, the US National Toxicology Program identified talc – the basic ingredient of talcum powder – as a carcinogen. That was in 1993.

Following the release of the report, the ‘Talc Interested Party Task Force’ was formed by a trade group, with Johnson & Johnson as a founding member, or so Joseph’s lawsuit asserts. Her lawsuit further asserts that members of the task force hired scientists for the express purpose of conducting biased research. It is further alleged the task force heavily edited the scientist’s reports and knowingly released false and misleading information to the public, all in an effort to defend use of talcum powder and prevent regulation.

More TALCUM POWDER News
Joseph asserts in her talcum powder lawsuit that she began using Johnson & Johnson body powder in her genital area when she was about 17 years of age, and continued for more than a decade before her diagnosis of ovarian cancer.

Johnson & Johnson routinely refuses to comment on specific lawsuits, but did issue a statement sympathizing with women, and their families dealing with ovarian cancer. At the same time however, said Carol Goodrich of Johnson & Johnson Consumer, “We are defending the safety of Johnson’s Baby Powder because science, research, clinical evidence and decades of studies by medical experts around the world continue to support the safety of cosmetic talc.”

The lawsuit, proposed as a class action, is Shintelle Joseph v. Johnson & Johnson et al., Case No. 3:16-cv-00590, filed September 7 in the US District Court for the Middle District of Louisiana.

Posted by
Hrabina Krystyna
on September 25, 2016
My mother got kidney cancer and I firmly believe that it was due to the use of talcum powder used for feminine hygiene and made by Johnson & Johnson. This should also be investigated!