Although some talcum powder lawsuits have linked J&J’s baby powder to ovarian cancer, one recent case had a different outcome. The Court of Appeals of California ruled the plaintiff was not exposed to asbestos from Cashmere Bouquet talc—a different product and a different company but they both used the same talc supplier. 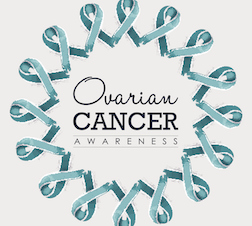 Plaintiff Elizabeth Alfaro was diagnosed with mesothelioma at age 38. She claimed negligence and strict product liability against defendants Colgate-Palmolive Company, the manufacturer of Cashmere Bouquet talcum powder, and Imerys Talc America, Inc., the supplier. To establish her exposure to asbestos, a geology and asbestos-testing expert testified at trial that 46 talc samples contained asbestos but defendants argued that the “vintage” samples were unreliable and Alfaro could not rely on them to prove Cashmere Bouquet, which she used during her youth, contained asbestos fibers. (The case is DELGADINA ALFARO, Plaintiff and Appellant, v. IMERYS TALC AMERICA INC., et al.)

But Judith Winkel was awarded in May 2015 $12 million in her lawsuit against Colgate-Palmolive. Winkel was diagnosed with mesothelioma and says she used Cashmere Bouquet from 1961 to 1976. One year before Winkel’s award, a
study funded by attorneys for litigation purposes concluded that “a specific brand of talcum powder contained identifiable asbestos fibers with the potential to be released into the air and inhaled during normal personal talcum powder application. We also found that asbestos fibers consistent with those found in the same cosmetic talc product were present in the lungs and lymph node tissues of a woman who used this brand of talc powder and developed and died from mesothelioma.” Further, a study conducted back in 1976 tested 20 consumer products labeled as talc or talcum powder; one of those products (which the study does not name) was tested in this 2014 study, and it contained the highest asbestos content.

Other lawsuits have involved consumers who used talc products and employees who either mined or otherwise worked with talc that contained asbestos. Philip Depoian, who was diagnosed with mesothelioma in 2015, was awarded $18 million against talc supplier Whittaker, Clark & Daniels, claiming the company’s asbestos-tainted talcum powder products used at the barbershop where his father worked caused the deadly disease.

More recently, a California judge on October 10, 2017 declared a mistrial after plaintiff Tina Herford, diagnosed with mesothelioma, violated a court order by mentioning the alleged link between J&J’s talc and ovarian cancer, according to Law360. Tina Herford and Douglas Herford allege that J&J concealed the fact that its talcum powder products contain asbestos for nearly a century. Attorney Chris Panatier said that Tina Herford had used Johnson’s Baby Powder in the 1950s, its Shower to Shower product for decades up to the 1980s, and then used the baby powder again on her daughters starting in the 1980s and lasting until 1993.

Panatier added that Tina Herford would have breathed in the talc product — and its asbestos — after every diaper change, and after every post-shower use, for decades.

To date, no claims have been filed by individuals who were sprinkled with talc after diaper changes, but “All talcum products used in homes in the United States have been asbestos-free since the 1970s,” according to the American Cancer Society.


In the first California talc trial, J&J was ordered to pay Eva Echeverria, who developed ovarian cancer, $417 million. Imerys tried to escape the trial by moving for summary judgment, but the judge allowed Echeverria’s claims that Imerys failed to warn consumers about the dangers of its talc.

More TALCUM POWDER News
“Defendant concedes it knew that Johnson & Johnson would use its talc in body powders, and that perineal use of talc-based body powders was potentially hazardous … It’s therefore a question of fact whether Imerys was reasonable in relying on J&J to warn consumers, rather than doing so itself,” wrote Judge Nelson according to Law360 . Echeverria’s attorney, Kevin F. Calcagnie, argued that the California Supreme Court’s ruling (May 2016) in Webb v. Special Electric Co established that bulk ingredient suppliers like Imerys have a duty to warn consumers.

Echeverria developed ovarian cancer and passed away after the trial.

Update: The Court issued a subsequent tentative memorandum stating, “the Court concludes that the [July 5, 2017] tentative was in error, in part.” The Court went on to grant Imerys’ motion for summary judgment in full. The Order of the Court noted that talc is not “inherently dangerous” and that there were no facts to support plaintiff’s theory that Imerys played a substantial role in creating the body powders.