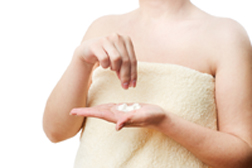 “We’ve filed one case in Atlanta, New Jersey and two more in St. Louis, Missouri, and we’re investigating many, many other cases,” says Smith.

The jury found that J&J was negligent and failed to warn Berg that talcum-based powders were linked to ovarian cancer, and that, in fact, J&J did cause Berg’s cancer.

Although South Dakota law says damages must be awarded when liability is found, the jury in this case failed to do so. Smith has filed a post-motion asking that a new trial be conducted strictly for damages.

“The law in South Dakota is clear,” he says. “You cannot give a zero verdict when you rule that the defendant was negligent, liable and the product caused harm.”

Smith’s firm has had extensive experience litigating cases on behalf of people with lung disease, known silicosis, resulting from exposure to silicates often from workplace exposure to sandblasting, sanders and other similar types of equipment.

The firm’s experience with disease and mineral particles was a bridge to investigating the new and emerging area of ovarian cancer and exposure to talc-based powders like Johnson and Johnson’s Baby Powder and Shower to Shower baby powder products, commonly used by millions of women around the world.

The potential link between talcum powder-based products and cancer has been the subject of more than 20 studies over the last several decades. Although the American Cancer Society does not list talcum powder as a cancer-causing agent, others do.

In 2007, the International Agency for Research on Cancer (IARC) re-evaluated its position and described talc as “possibly carcinogenic to humans.”

Dr. Daniel Cramer, a gynecologist and epidemiologist, and a Harvard researcher and professor, believes that as many as “ten percent of all ovarian cancer cases in the US are related to the use of talcum powder.”

More BODY POWDER LAWSUITS News
One of the most recent studies done in 2009 was led by Dr. Margaret Gates from the Harvard Medical School in Boston. It found that women who used talcum powder around their genital area had a 40 percent higher risk of getting ovarian cancer. Researchers used data from the Nurses Health Study (NHS) and data from the New England Case-Control Study (NECC).

Smith expects the judge in the South Dakota case to rule on his motion in late March. Meanwhile, his firm is “reviewing and investigating” the hundreds and hundreds of calls that have come into his office from women asking about their ovarian cancer and its connection to talcum-based powders.

If you or a loved one have suffered losses in this case, please click the link below and your complaint will be sent to a personal injury lawyer who may evaluate your BODY POWDER LAWSUITS claim at no cost or obligation.
Request Legal Help Now

Posted by
Linda Hull
on September 19, 2016
In 2002 I was diagnosed with stage 3 uterine cancer. I had a total radical hysterectomy. I had used shower to shower for years. Could this been the cause.
Posted by
SYL.Johnson
on July 30, 2016
My mother was in good health and going to doctor app.Then all of a sudden,she started filling bad and still going to the doctor year after year,and still found nothing .Then in 2005 they found it and she is Dead.0varian Cancer was the cause Thank You
Posted by
Ronald
on June 21, 2016
Friend died of cervical cancer from Johnson and Johnson baby powder in NJ 5 years ago. What is the statue of limitations for her surviving spouse to file a lawsuit on this claim.
Posted by
rosa o
on April 12, 2016
I was using both shower to shower powder and baby powder back in the 1990's and in I even use them when I was pregnant1993 i had my daughter and that same year I was told I had cervical cancer so they went in to scrap it out and after that I was still using both of them till the year 2000 now I don't use neither one any more please help me
Posted by
jay
on April 1, 2016
Well is there a statue of limitations or is it tolled
Posted by
Khaleliah Hadley
on March 30, 2016
I was diagnosed with ovarion cancer in 1989 and,my mom used j&J on me as well.I was 7 yrs old this has ruined my life .I can't have children because of this ..this sucks I really need some legal help with this matter ...But what's really crazy is they knew that this j&j cause problems and fell to warn people until it's to late...please HELP
Posted by
Richard Thigpen
on August 12, 2015
My mother passed away 1999 with uterine cancer she used shower to shower everyday for 30 yrs or more. I would like for someone to look into this matter. Thank you
Posted by
R Madden
on July 22, 2015
Use a lot of the J&J baby powder. Was diagnosed with Cervical Cancer in October 1989. Resulted in a Radical Hysterectomy. Could the J&J Baby Powder have been the cause?
Posted by
Loretta Gamble
on May 19, 2015
textile workers always carried body powders because of the heat in the plants. I used them for years and was diagnosed with cancer in late 2000, I think. Went through Bradford Clinc in Charlotte NC. I am now 69 years old and went into textiles when I was 18 years old. We always used the powders when we would sweat in private places trying to stay as dry as possible, so they were used a lot as personal hygiene because there was no air conditioning then.
Posted by
Geri M.
on February 9, 2015
I was diagnosed with Stage III ovarian cancer and had 4 operations, 1977, 78,79, & 80. I always used J & J powder. Now, 33 years later its returned. I had an operation and am scheduling my sixth.

I Believe J & J was beyond negligent in not notifying cancer survivors about the link to talcum powder. Goodness knows how many others will now become statistics because of their initial negligence and diabolical continued negligence by failing to notify cancer survivors that they have a greater risk of re-developing cancer. They need to access databases and hospitals immediately.

Posted by
Jamie
on October 24, 2014
My mom used powders for years she was diagnosed with ovarian cancer May 2013 and passed from the cancer July 2013. There was never a tie into what cause the cancer being no family history. She loved using powders and this may have caused her death. I wasn't aware was using powder daily until last night when information shown on We Tv. So upset that we are not informed when products are unsafe.
Please contact in Ohio or refer to attorney in my state. Thank you.
Posted by
Connie Borne-Ferreira
on September 17, 2014
I have used J&J baby powder and other talc powders since I was a teenager. I'm 60 years old and I got ovarian cancer in 1996 and I'm still dealing with it today. How or what do i need to do to see about this lawsuit?
Posted by
Deana Marek
on June 30, 2014
I was diagnosed with ovarian cancer in March 2010 when I was 41, required surgery and chemotherapy. My question is regarding linking the cancer to the talc. I was reading that it is possible to link it based on pathology reports. I am just curious about mine because I have always felt it was something external that caused my cancer, as I fit into no category for my type of cancer or the type of tumor that I had. Also, the cancer was in both ovaries without any spread in the body which puzzled the doctors. Any information you can give me would be greatly appreciated. I am just shocked that not one single doctor EVER mentioned this to me!
Posted by
Wendi Cox
on June 17, 2014
My mother used Shower to Shower powders every time she showered all of her life. In 2000 she was diagnosed with ovarian cancer and passed away in 2003 at age 59.
Posted by
Julie Collins
on May 27, 2014
I'm 35 years old. I have used baby powder and shower to shower powder. I was diagnosed January 2013 with ovarian cancer and had my right ovary removed. In February 2013 I had to have my left ovary fallopian tubes and uterus removed because I had uterine cancer also.
Posted by
Lillian R, Danil
on May 26, 2014
Yes I gotten Ovanian Cancer and I was wonder do I have a case letting you that this happened back in 2000 or is the time limited ran out and of course I used shower to shower
Posted by
Melody Williams
on April 21, 2014
I used Johnson's Baby Powder and Shower to Shower powders for over 40 years on my private areas and lined my undergarments also. In 2004 I was told that I had cervical cancer and under went a partial hysterectomy where my cervix was removed. I believe now because of my usage of these products over the years is the reason I have never conceive a child
Posted by
Kimberly Johnson
on April 11, 2014
My mother ALWAYS ALWAYS used some sort of baby powder. You see she battled with her weight from a small child to her death at just 52. My mothers first fight with ovarian cancer, she was around 36 - 38 years of age. Her second was at 50, after a full hysterectomy had been performed when she was 36-38 to rid her of ovarian cancer, it came back at 50 as rectal cancer, which took her life 14 years ago. She always used baby powder to keep dry, and it was always in the genitalia area. I've never really used it, and I am 42 now and by the grace of God, doing fine, in fact had a child at 38 :-) I miss her, but I can't seem to shake the fact that I think just maybe, just maybe baby powder could've been the problem the whole time....
Posted by
Gary Vosburgh
on April 1, 2014
My wife had Ovarian Cancer when she was 30 years old. She said her mother always used Talcum powder on her as a child . Is there a statue of Limitations on this lawsuit?
she had ovarian cancer over 30 years ago. We live in New York.
thank you,
Gary