Merck & Co has reported that Januvia experienced a drop in quarterly sales, although there is no word on whether that drop is related to recent concerns about Januvia side effects. The US Food and Drug Administration (FDA) recently announced that it was examining data suggesting a link between Januvia and pancreatic cancer. Januvia has also been linked to an increased risk of pancreatitis. 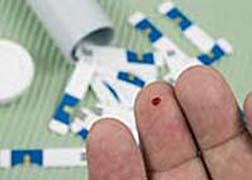 Merck’s first-quarter statement (as reported by Reuters; 5/1/13) showed sales of Januvia fell by four percent to $884 million. This is compared to sales growth of approximately 15 percent in the previous quarter.

Januvia, approved in 2006, is one of Merck’s bestselling drugs. It is a type II diabetes medication, in a class of drugs known as incretin mimetics, which mimic the action of incretin hormones. Incretin hormones, found in the gastro-intestinal tract, stimulate the release of insulin after a person eats a meal. Some research, however, suggests that there is a link between the use of incretin mimetics and the development of pancreatic cancer.

In March 2013, the FDA announced that it was analyzing data from studies examining the link between the use of incretin mimetic drugs and the development of pancreatic cancer.

The concern about Januvia and other incretin mimetics is not unanimous, with some experts arguing the benefits outweigh the drugs. In the May 6, 2013 issue of Diabetes Care, a point-counterpoint set of articles was published, highlighting both sides of the debate. Peter Butler, MD, argues against incretin mimetics, writing, “A new class of antidiabetic agents is rushed to market and widely promoted in the absence of any evidence of long-term beneficial outcomes. Evidence of harm accumulates, but is vigorously discounted…We should be thankful that those responsible for aircraft safety do not operate on the assumption that the absence of evidence is evidence of absence.”

On the other hand, Michael Nauck, MD, argues that the benefits of incretin mimetics outweigh the risks. “Obviously more needs to be learned regarding the open questions, but based on today’s available knowledge, incretin-based medications can be considered effective and safe.”

More JANUVIA News
Januvia lawsuits have already been filed against Merck, with plaintiffs requesting consolidation of the lawsuits into a multidistrict litigation (MDL). A hearing on multidistrict litigation is expected to be held in May 2013, with a decision anticipated within the next month. So far, approximately 55 lawsuits have been filed across the United States, although more will likely be filed.

According to The Legal Examiner (5/18/13), one wrongful death lawsuit was filed by the family of a woman who died of pancreatic cancer after using a variety of incretin mimetic drugs, including Januvia, Janumet (a combination of Januvia and metformin), Byetta and Bydureon. The lawsuit alleges the makers of the drugs did not adequately warn patients about the risk of pancreatic cancer associated with the medications.