Results of a new study gave Merck’s diabetes drug Januvia a clean bill of health, particularly regarding Januvia heart issues. But there is still some concern about the drug’s link to acute pancreatitis. 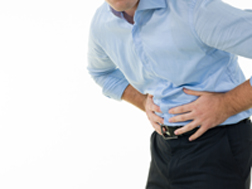 Hamid took Metformin for many years to control his type 2 diabetes before switching to Januvia.
“I was just diagnosed with pancreatitis,” says Hamid, age 65.
“My doctors won’t connect this with Januvia but why did they tell me to stop taking it? I took metformin for years and my diabetes was under control. I can’t even get my doctor to tell me why I was switched to Januvia.”

Geoff was diagnosed with type 2 diabetes in early 2013. He too was first put on metformin but only stayed on it for a few months before being prescribed Januvia. “Metformin made me feel sick all the time and it gave me diarrhea,” says Geoff. “Januvia didn’t give me any side effects until last February when I rushed myself to the emergency room with the worst stomach pains. I was diagnosed with acute pancreatitis and stayed in the hospital for five days. It seems clear to me that Januvia is to blame. If I had a choice, I would have taken the metformin side effects.”

The recent heart safety study, which was published in the New England Journal of Medicine and presented at the American Diabetes Association meeting in Boston last week, appears to give Merck’s Januvia a clean bill of health, according to Reuters (June 8, 2015). The Tecos study involved almost 15,000 type 2 diabetes patients with a history of heart disease. The data indicated that “adding Januvia to usual care did not increase major heart problems any more than adding a placebo.”

More JANUVIA News
Researchers who conducted the three-year study, both at the University of Oxford Diabetes Trials Unit and the Duke University Clinical Research Institute, determined that 11.4 percent of those who added Januvia to their treatment experienced heart-related death, heart attack and stroke. But 11.6 percent of those who had a placebo had the same experience, which means that the number of heart-related deaths associated with Januvia is not considered statistically significant

The study also looked at other Januvia side effects, from kidney failure to infections to Januvia cancer. While the researchers didn’t find any significant difference in these side effects, they did see a connection with acute pancreatitis. They concluded that Januvia pancreatitis is “something we need to keep an eye on.”

Januvia is already the second biggest blockbuster diabetes drug in the US, according to data from EvaluatePharma. With these new study results, Bernstein Research predicts Januvia’s sales to reach $7.1 billion in three years.

Posted by
j. heck
on October 16, 2015
I believe my Father died from Januvia Pancreatic Cancer in April 2013. He was put on Januvia in June 2010. My Father's CA-19-9 (Pancreatic Cancer Test) was 20 in June 2012 (<25 is a normal healthy person w/ no Pancreatic Cancer Markers). In October 2012 his CA-19-9 was 500+ after experiencing such severe abdominal pains he could not get out of a car when the pain hit. He was diagnosed w/ Pancreatic Cancer in October 2012 and died 6 months later. When he was diagnosed his Cancer was Stage 4 and had Metastasized to his Liver. It is a fast moving cancer. There is a definitely a connection between Januvia and Pancreatic Cancer but Merck (the Manufacturer that is making Billions off of this "Diabetic" Drug) will not take it off the market and will not Black Box it. Something has to be done about this!!!!
Posted by
Cathy Malay
on June 29, 2015
I was on Januvia for three years, I continuously would get terrible stomach pains, vomitting, diahrrea, go to the doctor and she would put me on medications to treat the symptoms, and then I would be okay. The last time in November 2014 I went to see the doctor and she sent me to the emergency room, prior to leavng her office she took me off of the Januvia and said my blood sugar level was never very high and could not figure out why my previous doctor had started me on it to begin with. I also take other medications for a Liver Transplant that I had 14 years prior. I found out in the ER I had inflammatory bowel, intestines, pancreatitis. No further testing was performed. They gave me medication for diarrhea, pain and vomitting and said if it I got worse to come back. It took a very long time to get over, but I no longer take Januvia and my blood sugar is still running above normal, and I need to follwo up with my doctor but I am scared to take any diabetic medications after taking Januvia. I have not had any more stomach issues since I have been off of Januvia.
Posted by
mary hill
on June 28, 2015
I AM TAKING THIS MEDICINE NOW AN HAVE LOT OF STOMACH PROBLEM