“I Could Be a Ticking Time Bomb,” says IVC Filter Patient

When Sara had an IVC Filter implanted 20 years ago, nobody told her that it would eventually need to be removed. “Now that I’m aware of so many IVC filter lawsuits I don’t know if this filter is supposed to be permanent or not, but it has got me worried,” says Sara. 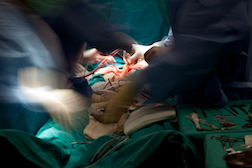 In 1996 Sara had a Greenfield IVC Filter implanted due to multiple DVTs in her leg and multiple pulmonary embolisms in her lungs. It has been in there ever since. “Every vein and artery in my leg became one big solid clot and I was in hospital for 19 days—I nearly passed,” Sara says. “A surgeon put the filter in my aorta to prevent another embolism in my lungs. I didn’t get much information at the time, likely because I didn’t ask any questions; I wasn’t as savvy as I am now.”

Twenty years later, Sara wants answers. Although the Greenfield filter is supposed to be permanent, she is worried that tissue can grow around the device. And she had another “bout” of pulmonary embolisms in her lungs in 2004. “I wonder if this filter should be removed, regardless if it is labelled as permanent,” she quips. “Tissue can grow around it and maybe around my aorta. Maybe they know these filters aren’t supposed to be in for more than a year, regardless if they are labelled as permanent or temporary. Is it embedded into my aorta? I’m going to ask my doctor for an x-ray: for all I know I could be a ticking time bomb.”

Sara is justifiably concerned. A lawsuit has been filed against Boston Scientific by a woman from Kentucky. She was severely injured when her Greenfield IVC filter became clogged with blood clots after remaining implanted for more than a decade. Katherine Milan filed the lawsuit alleging the maker failed to warn about the risks of vena cava filters. Her case is Katherine Milan v. Boston Scientific  (Case No. 5:16-cv-65TBR) in the U.S. District Court for the Western District of Kentucky. The lawsuit claims that Boston Scientific knew of the unreasonably dangerous and defective nature of the product as early as 2004, but the company continued to actively market and sell the Greenfield IVC filter, ignoring the risks.

Boston Scientific and other manufacturers are facing hundreds of similar lawsuits, and they are likely to grow.

“The dramatic increase in IVC filter utilization that we are currently witnessing may lead to significant increases in filter- related complications in the coming years,” reported three vascular surgeons in Endovascular Today. “It is imperative that filter removal be attempted in a timely fashion and that physicians who place filters understand the implications of prolonged and unnecessary indwelling filters. Ironically, patients with the most to gain from PE prevention stand to lose the most if they have a retrievable filter left in place that ultimately leads to a complication.”

More IVC FILTER News
“If this IVC filter has to be removed I would be very upset with the manufacturer,” says Sara. “They should have done more testing and have a study where they implant patients and follow them for years. And I know results have been fabricated by drug companies. I certainly wouldn’t blame my doctor if it has to be removed.”

In a race to get temporary IVC filters to market, a clinical trial was conducted by Bard. Attorney Howard Nations told America’s Lawyer (December 24, 2016) that the clinical trial, conducted in Canada, comprised only 33 patients, and it was designed  to test only retrievability, not safety and efficacy. In that trial, one patient had a filter migrate and another patient had two fractures. “With those kinds of results in only 33 patients, [Bard] knew very well that they needed to have a larger study, at least 300 people,” said Nations. “It’s outrageous conduct. And the other outrageous part of it is the FDA approved this product despite the fact that it was a 33-patient study.”

Posted by
Tracie
on January 25, 2017
I have had an IVC filter sence 2004 should I be concerned? I never knew I had one til a few years ago because it was placed in when I was in medical induced coma ! I was told about it when I had a CT scan for back pian! I never thought anything about it ! After reading im worried?
Posted by
Danita Smith
on January 18, 2017
The FDA is concerned that retrievable IVC filters, intended for short-term placement, are not always removed once a patient’s risk for PE subsides. Known long-term risks associated with IVC filters include, but are not limited to, lower limb deep vein thrombosis (DVT), filter fracture, filter migration, filter embolization and IVC perforation.
Posted by
Carolina Henao
on January 9, 2017
My IVC FILTER WAS INSTALLED IN THE YESR 2000
Had two attorneys that wasted my time and money's mailing material back and forth saying I am not a candidate and now I'm reading that people who had their IVC PUT IN BEFORE Me CAN PUT A CLAIM I ALMOST DIED HAD A DOUBLE PULMONARY IN 2004 and so many other complications with this filter and never told me any information when the day it was installed. So if I have a chance please give me a call I wasted 3 years with lawyers