"When I was hired as a systems analyst in 1997, my boss said there wouldn't be any overtime," says Andrew Rowley. "Just two weeks later, a manager said I would be fired if I didn't get my job done—I had to be on call 24/7."

They called Rowley when he was shopping for groceries, at home with his kids, even in the middle of the night. "They told me that I was an exempt employee so overtime didn't apply," he says. "As well, I have a disability (I broke my back about 15 years ago) and I couldn't lift anything. They switched my job duties because our shop got really busy and nobody was around to work except me. Next thing I know, I had to drive to our data centers and pick up equipment—I was hired to work on software, not hardware. 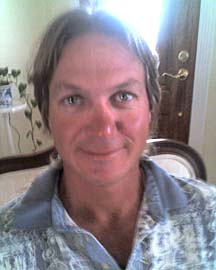 "I talked to HR and tried to get my job title changed because I was now in operations and maintenance of hardware and software, doing the job of hourly employees. But I was still on salary and still exempt. When we had a special project, I would work around the clock for two or three days at a time, with not even a thank-you. And I often put in 100 hours per week. HR said that they would send my complaint to my boss—that was the last thing I wanted because now I feared for my job.

With my disability it would be really hard to get a job anywhere else. When the company refused to compensate me for overtime, I made some inquiries to other tech companies, but when I told them about my disability, I never heard back. (I can walk but I have to take 90 mg of morphine every day so it makes me tired; some days it is hard to get going, then I burn out on the meds and have to sleep for a few days.)

As if things weren't bad enough, I was sent to Montana to set up a bunch of systems with a third party vendor. I drove there and back by myself, with hardly any sleep. As soon as I got back, my boss told me that I had to drive down to Arizona and install systems into a data center and he wanted me to go immediately--without getting any rest. I made it to Mojave and couldn't go any further. I almost fell asleep at the wheel. I managed to get to Mesa and unloaded all the equipment with no help. I phoned my boss and he told me to install everything right then and there and not worry about getting a motel room yet.

He said he could 'fire me, demote me or just get rid of me' if I didn't do whatever he said. So I worked at that data center, without even a proper chair to sit on, for three days. I was in a crouched position typing for almost the entire time. Needless to say, my back was killing me.

However, I completed the job, drove home and got some rest. But I was in so much pain that I had to take four months off work. I received benefits during that time and came back to work with a doctor's note stating that I couldn't work overtime and absolutely no heavy lifting. But nothing changed and my boss didn't honor the doctor's letter. I had to take more medical leave but worked at home the entire time—under threat of termination.

More News
I knew I couldn't continue this work anymore. HR called and offered me a severance package. But to qualify, I had to sign a document that waived my civil rights—they denied me any medical insurance benefits and wouldn't pay overtime. I estimate they owe me $350,000 in overtime back pay.

At the end of 2005 I went to the department of labor and filed an overtime wage claim. But I had to get it pulled because I accepted the severance package. I wanted to appeal because it was done under financial duress—I have a family to support. As far as I know, my overtime complaint has just been filed by the state. Because of this job, I am totally disabled and don't think I will be able to work again—and I am only 42. This company has destroyed my life and all I am asking is for them to pay my overtime."