IT Overtime Lawsuits: A California Labor Law Attorney Weighs In

Most California IT overtime lawsuits involve salaried employees who have been misclassified as exempt from overtime pay by their employers. Attorney Roger Carter of The Carter Law Firm explains why IT employees may be owed a great deal of money in unpaid overtime. His firm handles cases throughout California on a contingency fee basis, advancing all costs. Thus, a high tech employee has nothing to lose by consulting with his firm and potentially pursuing a claim. 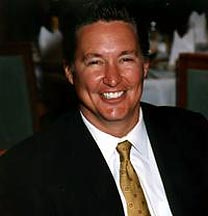 "A large portion of tech employees have been misclassified as exempt from overtime pay and are therefore entitled to unpaid wages," says Carter, "and an employer will often pay them a salary to attempt to disguise that fact. Further, IT employees are often given lofty titles and lofty job descriptions which don't match their actual day-to-day duties. Their actual duties dictate whether or not they should be paid overtime, so, generally speaking, it is important that employees look past their job titles and pay rates and look at the actual work performed."

Who are these people that are entitled to overtime? They include software engineers, computer technicians, systems analysts, graphic designers, testers, programmers, and many others in the hi-tech industry. In other words, it could be anyone working in the technology field. Even someone making over $100,000 per year who supervises other workers may be entitled to overtime pay if other criteria are not met.

"The two other main exemptions that an employer may attempt to use to avoid paying employees overtime are the 'Learned Profession Exemption' and the 'Administrative Exemption,' " Carter adds. " Under the 'Learned Profession Exemption' an employee who has engaged in a prolonged course of study or has advanced knowledge through work experience may be exempt from overtime pay. Under the 'Administrative Exemption' an employee who coordinates activities and exercises discretion and independent judgment may be exempt from overtime pay." But determining whether any of these exemptions applies is anything but an exact science. If an employee has worked overtime and has not been paid for that work, he or she should seek legal counsel.

How the Recession has affected IT

"First and foremost, I've noticed that many people are angry at their former employers, mainly because they considered themselves to be loyal employees and now they are jobless," says Carter. " Further, while some employers are changing salaried employees to hourly and paying overtime to comply with the law, many employers continue to implement so-called cost-cutting measures that violate the California labor code. Former and current employees are beginning to realize how they were and continue to be mistreated.

"I think the recession will have a double impact regarding overtime. First, fewer employees will be working longer hours to make up for the reduction in the work force. Second, there will be more unemployed tech workers seeking recourse against their former employers. Many of them have viable claims for unpaid overtime wages.

And in spite of the recession, keep in mind that a lot of tech companies are solid financially and can pay the money that is owed. Many tech companies are cutting jobs but they are still generating cash flow. They and many other employers can afford to pay their current and former employees the wages they are owed.

Employees should also realize that their claim may be worth a lot of money. For instance, a case involving only some 800 systems engineers recently settled for over $27 million. In the last year alone, my firm has been involved in two confidential settlements in this industry including one in the high seven figures, and another in the low eight figures.

As noted, there are two key areas to analyze in order to determine if a computer professional is entitled to overtime: method of compensation and job duties.

In order to be exempt in California, a new law effective as of January 1, 2008 states that a full-time employee must be salaried and earn at least $640 per week, or $33,280. The hourly minimum decreased to $36. This reduction means that many California computer professionals may lose their right to overtime pay for all work performed starting in 2008, but this does not apply to work performed in the approximately four years preceding 2008 if the then applicable laws were violated.

More CALIFORNIA IT LABOR LAW News
California legislation states that 'the individual must be highly skilled, with proficiency in the theoretical and practical application of highly specialized systems analysis, programming and software engineering.' As I've stated, this is a vague and subjective test at best. In California it is required that an employee spend at least 50 percent of his or her time performing what are considered 'exempt' duties in order to qualify as exempt. Therefore, a specific evaluation of an employee's daily responsibilities is essential.

The bottom line is this should be a burgeoning area for overtime claims. Sadly, many of these overworked computer and hi-tech professionals don't know and, perhaps worse, don't believe they have a claim for overtime pay merely because they are paid a salary rather than hourly. In most instances, they are owed a large amount of money. The payment method and company line are merely a ruse to cover up what these employees are owed – compensation for their work."

Almost every occupation in California is covered by California overtime law. To find out if you qualify to receive compensation for lost overtime wages, please submit your complaint below.