The headlines have been screaming of late, and not just from the United States, but around the world in Europe and Canada: “Invokana Linked with Cardiovascular Injuries and Kidney Failure.” Just this month a new lawsuit was filed in the United States, and the European Medicines Agency issued two safety warnings to Invokana patients and the entire European medical community. 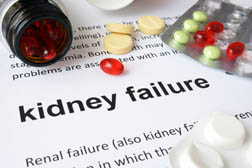 And in Canada, late last summer, an Ontario resident filed a class-action Invokana lawsuit alleging that Invokana manufacturer Janssen Pharmaceuticals, a division of Johnson & Johnson, knew about the potential for Invokana adverse events but failed to properly warn consumers and the medical community, and that labels were inadequate - or so it is alleged.

In the United States, the most recent Invokana lawsuit alleging Invokana side effects was filed by Charles Maddox, who filed his lawsuit in Louisiana on February 10 (Charles Maddox v. Janssen Pharmaceuticals Inc. et al, case No. 2:2016-cv-01189 at US District Court for the Eastern District of Louisiana).

Maddox, according to court records, began his brief journey with Invokana in July 2014 for treatment of type 2 diabetes. The plaintiff continued using Invokana until February of last year. Not long after stopping Invokana, Maddox began to suffer diabetic ketoacidosis (DKA) - a serious and potentially life-threatening condition associated with the buildup of acid within the blood - and severe kidney damage.

A similar story is told by Rosalba Joudry, a Canadian plaintiff who - like Maddox - started with Invokana soon after it was approved in Canada (Canadian approval followed on the heels of approval by the US Food and Drug Administration, or FDA, in the United States). A type 2 diabetic, Joudry was prescribed Invokana to manage her blood glucose levels.

However, she alleges in her Invokana class-action lawsuit that she got much more than she bargained for.

Joudry had been taking Invokana for about eight months when, in June 2015, she caught a news report about the risk for kidney failure and DKA associated with the use of Invokana. Joudry immediately consulted her doctor, who ordered tests and confirmed that Joudry was in the early stages of kidney failure after only eight months on the medication.

More INVOKANA News
Needless to say, Joudry was blindsided by the revelation. The plaintiff states in her Invokana lawsuit that she was never alerted as to the risks associated with Invokana by her prescribing physician. She also alleges in her class action that warnings on the Canadian label for Invokana were inadequate and downplayed the medication’s potential Invokana side effects.

Joudry states emphatically that she never would have taken Invokana had she known about the potential for Invokana adverse events involving DKA and the kidney.

Within its first year on the US market, Invokana was associated with no fewer than 457 reports of adverse events - this, according to the Institute for Safe Medications Practices.

The FDA issued a safety warning with regard to Invokana and DKA in May of last year.

Joudry is seeking combined damages of C$1 billion on behalf of herself and those similarly situtated in her Invokana class-action lawsuit.

Posted by
yves larochelle
on April 3, 2016
I was on this med they had to stop it, my legs and ankles became swelled with fluid, rash from feet ankles, sick dizzy now on la-xix for fluid