More Invokana lawsuits have been filed against Janssen Pharmaceuticals alleging patients suffered serious Invokana side effects after taking the medication. Although the drug has only been on the market a short time, the Institute for Safe Medication Practices (ISMP) has already raised concerns about the risk of diabetic ketoacidosis (DKA) and kidney problems linked to Invokana (known generically as canagliflozin). 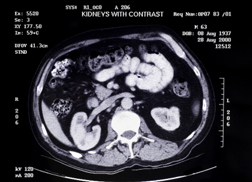 According to the Legal Examiner (2/8/16), the plaintiff alleges in a lawsuit filed in December 2015 that he began taking Invokana in November 2013 to treat his diabetes by reducing blood sugar levels. After he began Invokana treatment, he experienced problems with kidney function, which eventually turned into kidney failure. The lawsuit alleges that the makers of Invokana did not adequately warn patients about the risk of life-threatening side effects, and the plaintiff says if he had known about the risks he would not have taken the medication.

An ISMP Quarter Watch report examines the safety of Invokana and asks “whether enough is known about this agent to be assured that its benefits outweigh its risks.” Invokana was approved in March 2013, but ISMP says a major problem with the drug is that it causes “substantial amounts of sugar to be excreted in the urine.” The organization says most of the adverse event reports could have been reasonably anticipated, given how the drug works.

In fact, the ISMP notes that during the first year of approval, Invokana was linked to 457 serious adverse event reports - some of which may overlap in the same patient - including kidney failure or impairment (54 cases), dehydration and fluid imbalances (54 cases), kidney stones (11 cases), urinary tract infections (50 cases), and abnormal or other weight loss (52 cases). Two types of hypersensitivity were also identified: rapid swelling of the tongue, lips, face, or throat; or skin rashes.

“The unanswered question about canagliflozin - shared in part by other diabetes medications - is whether it has clinical benefits, and whether those benefits outweigh its risks,” ISMP writes. It notes that when the drug was approved it had not been tested in enough patients for an adequate time period to determine its safety.

More INVOKANA News
On May 15, 2015, the US Food and Drug Administration (FDA) issued a drug safety communication about SGLT2 inhibitors (the class of drug that includes Invokana). In it, the FDA warned that use of SGLT2 inhibitors could lead to ketoacidosis, in which the patient’s body produces high levels of blood acids. On Dec. 4, 2015, the FDA updated that warning to include a risk of urinary tract infections. The FDA also noted it had identified “19 cases of life-threatening blood infections (urosepsis) and kidney infections (pyelonephritis) that started as urinary tract infections with the SGLT2 inhibitors reported to FAERS from March 2013 through October 2014.”

Patients who allege they were harmed by the use of Invokana have filed lawsuits against companies involved in making and/or marketing the drug.