Invokana to Get Black-Box Warning over Amputation Risk

An issue that looms even larger than that of Invokana linked with cardiovascular injuries and kidney failure is the potential for amputation associated with the diabetes drug. The issue first surfaced a year ago when the US Food and Drug Administration (FDA) issued an alert after studying the results of two clinical trials, warning that users of Invokana and Invokamet were twice as likely to require amputations of appendages, or limbs. 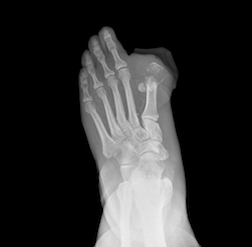 A year later, those Invokana side effects are going to be worthy of a black-box warning, the most strenuous warning the FDA can issue without actually removing a drug from the market. The announcement that Invokana and Invokamet, both manufactured by Johnson & Johnson subsidiary Janssen Pharmaceuticals, would receive a black-box warning was issued May 16, 2017.

Invokana (canagliflozin) belongs to a class of drugs known as SGLT2 inhibitors (sodium-glucose cotransporter 2). While there are other drugs in this class, Invokana was the first to appear. However, its approval was shrouded in controversy amidst concerns over Invokana adverse events including cardiovascular concerns, bone fractures and kidney issues.

Today, the overriding concern appears to be the potential for amputation.

The FDA studied results of the CANVAS clinical trial, which revealed that 5.9 out of 1,000 participants taking canagliflozin required an amputation of some kind over the course of a year, compared with 2.8 out of 1,000 for participants given a placebo during that time.

The second clinical trial scrutinized by the FDA revealed results that were even more compelling: CANVAS-R revealed 7.5 out of 1,000 participants required amputation v. 4.2 out of 1,000 on placebo.

The FDA noted in its alert that most of the amputations involved loss of a toe, or a foot – but in some cases, patients lost a leg to amputation. In other cases, canagliflozin patients required more than one amputation.

More INVOKANA News
Janssen, who suggested Tuesday that patients having undergone amputation before starting Invokana were mostly likely to undergo another, took the news in stride: “At Janssen, patient safety is our highest priority,” spokesman William Foster said in a statement. “We are working with FDA to include this information in the prescribing information for canagliflozin and look forward to the presentation of the full CANVAS Program results at the American Diabetes Association Scientific Sessions in June.”

There are other drugs in the SGLT2 class for type 2 diabetes: Farxiga (dapagliflozin), Glyxambi (empagliflozin/linagliptin), and Xigduo XR (dapagliflozin/metformin), among others. There is no word if Health Canada, the Canadian regulator, plans to take similar action. It was a year ago, on May 16 2016, that the regulator issued updated guidance with respect to Invokana and an association with diabetic ketoacidosis in that country.