We’re coming up to the first anniversary of a health and safety review conducted by Health Canada in May, 2016 with regard to Sodium-glucose cotransporter-2 (SGLT2) inhibitors: Invokana (canagliflozin), Forxiga (dapagliflozin), and Jardiance (empagliflozin). The move followed a similar review and a warning by the US Food and Drug Administration (FDA) with regard to the potential for cardiovascular injuries and kidney failure. 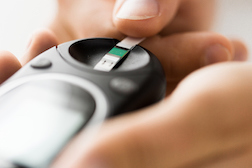 This was just a few short years following FDA approval of Invokana in 2013. Plaintiffs filing Invokana lawsuits assert that use of the Type 2 diabetes medication triggered diabetic ketoacidosis, stroke, heart attack and severe kidney damage. Plaintiffs further assert they may have suffered Invokana side effects needlessly: had they known about the risks, they never would have consented to use Invokana in the first place.

Concern over Invokana adverse reactions are not confined to the US. Health Canada, the Canadian equivalent to the FDA, released their summary of a review on May 16 of last year in which it identified “[five] Canadian reports of diabetic ketoacidosis (four patients with type 2 diabetes and one patient with type 1 diabetes) all using Invokana. Each of these events was reported as serious and some patients were hospitalized.”

The review continued: “A total of 419 international cases (310 patients with type 2 diabetes and 119 patients with type 1 diabetes) of diabetic ketoacidosis were also found in patients taking any one of the SGLT2 inhibitors. The blood sugar of patients was generally observed to be normal or mildly elevated in reports that included this information. This observation is important because the side effects of diabetic ketoacidosis can occur regardless of the patient's blood sugar level.

“After reviewing a number of studies, it was found that type 2 diabetes patients taking SGLT2 inhibitors were more likely to experience diabetic ketoacidosis compared to those patients that were given a placebo or another type of drug that controls diabetes. In addition, in most type 2 diabetes patients, the SGLT2 inhibitors increased the levels of ketones in the blood but not enough that the patient would experience the side effects of diabetic ketoacidosis,” Health Canada concluded.

The review also noted that the presence of other factors further increased the likelihood of experiencing diabetic ketoacidosis. Those included major surgeries, serious infections, sudden serious medical illnesses, having a diet low in carbohydrates, dehydration, high levels of alcohol consumption, or having low insulin levels.

It should be noted the review was not confined to Invokana (canagliflozin), but encompassed other drugs in the SGLT2 class. While both the FDA and Health Canada concluded that the benefits of Invokana and companion SGLT2 drugs such as Invokamet (canagliflozin / metformin) and Farxiga (dapagliflozin) continued to outweigh the risks for the patient constituency to which the SGLT2 class is targeted, regulators remain nonetheless concerned about the health implications for some patients.

More INVOKANA News
Meanwhile, in a related development with regard to the SGLT2 class, it was decided earlier this month by the US Judicial Panel on Multidistrict Litigation that 18 cases involving the Type 2 diabetes drug Farxiga (dapagliflozin) be transferred to the Southern District of New York before Judge Lorna G. Schofield for consolidated pretrial proceedings.

Late last year, Invokana lawsuits were consolidated in federal court in New Jersey (In Re Invokana (Canagliflozin) Products Liability Litigation, MDL number 2750, in the US Judicial Panel on Multidistrict Litigation).

Posted by
Heather Horton
on June 11, 2017
What about future loses. I've been taking Invokana for 2 years. What about my future as a Type2 diabetic? The stress of always wondering will kill me.
Posted by
ROBERT YOUNG
on April 23, 2017
A VICTIM SUFFER FROM TAKING THE METFORMIN, AND THE DIABETIC SUPPLY TOOLS. HAVING NOW MAJOR MEDICAL ISSUES, MEDICAL INJURIES.