It was about a year ago that the European Medicines Agency (EMA) raised the alarm over kidney problems associated with diabetes medication Invokana and other drugs in the SGLT2 class. This followed a warning the previous year from the Institute for Safe Medication Practices, which reported in 2015 its identification of some 457 serious adverse events involving kidney failure or impairment. Dehydration and fluid imbalances, kidney stones, urinary tract infections and abnormal weight loss were also identified. That led to various headlines suggesting Invokana Linked with Cardiovascular Injuries and Kidney Failure. 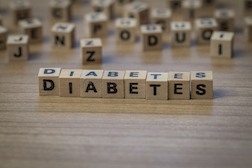 The EMA was concerned about the possibility of diabetic ketoacidosis, suggesting that if the latter was suspected or discovered, treatment with Invokana or other SGLT2 medications should be stopped.

For its part the US Food and Drug Administration (FDA) arrived to the party at about the same time with regard to Invokana side effects, noting that medication should never be stopped without consultation from a medical professional. Still, in May 2015 the FDA issued a warning about the potential for KTA and Invokana adverse events in association with use of Invokana. But it wasn’t until June, 2016 – more than a year later – that the FDA was prepared to require of Invokana manufacturer Janssen Pharmaceuticals, a unit of Johnson & Johnson, together with the manufacturers of three other drugs in the class, a label update related to the risk for KTA.

The risks over Invokana (canagliflozin), as other agencies have agreed, can be profound if those risks are realized.

The FDA noted that from March 2013 to October 2015, there were 101 cases of acute kidney injury confirmed from the two drugs, one-fifth of those cases requiring hospitalization in intensive care. Four patients died.

The revisions to the drugs’ labels will now “include information about acute kidney injury and added recommendations to minimize this risk,” the FDA said this past June.

Just a month prior to the formal request for label updates, the FDA reported in May, 2016 that patients in a clinical trial studying Invokana and Invokamet were roughly twice as likely to undergo amputations as patients taking a placebo.

More INVOKANA News
The specific trial(s) involved were not identified in the report. However the concern remains, nonetheless. Diabetes patients requiring type 2 diabetes medications, who allege they were not aware of the risks associated with Invokana, are launching Invokana lawsuits.

One of the most recent Invokana lawsuits is McCann et al v. Janssen Pharmaceuticals, Inc. et al, Case No. 3:17-cv-00174, filed at the beginning of the year in New Jersey. Co-plaintiffs Jill and Scott McCann also name Johnson & Johnson in their lawsuit.

Meanwhile, in Canada an Invokana class action lawsuit is pushing ahead. The lawsuit was originally filed in 2015 by a Canadian woman who had been prescribed Invokana and was unaware of the risks until seeing an item about the issue on television. The lead plaintiff claims she never would have consented to taking Invokana had she known of the risks involved.