As Invokana lawsuits are being filed alleging patients were not properly warned about the dangers of using the medication, health authorities in various countries have moved to strengthen the warnings attached to the diabetes medication. Both Canada and the United States have moved to increase the Invokana warnings, while patients on both sides of the border have filed lawsuits against the maker of Invokana. 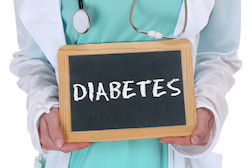 Invokana (known generically as canagliflozin) is an SGLT2 inhibitor, used as a diabetes medication. Since it was approved for the market, it has faced increased warnings concerning the link to ketoacidosis, a condition in which patients produce high levels of ketones. Patients with high levels of ketones may experience difficulty breathing, abdominal pain, and fatigue, and may require hospitalization to regulate the chemical balance.

When Health Canada issued its safety review, it stated that the benefits of the drugs still outweighed the risk, but required drug manufacturers to update their warnings to note the possibility of ketoacidosis.

Lawsuits have been filed in both the United States and Canada, alleging patients suffered serious side effects and were not warned about the risks of using Invokana. One lawsuit was filed in Ontario, Canada, on behalf of Rossalba Joudry, who says she used Invokana for eight months but stopped after learning about a US class action lawsuit concerning kidney failure. Joudry - who alleges she developed kidney failure as a result of using Invokana - seeks more than $1 billion on behalf of patients allegedly injured through use of the drug.

A lawsuit has also been filed in the US by Jennifer Anzo against Janssen Research & Development. That lawsuit is case number 2:15-at-01102.