As the world continues to mourn the loss of boxing icon and humanitarian Mohammed Ali, a phrase oft-times used by Ali to describe his boxing style and prowess, “float like a butterfly, sting like a bee,” can also be brought to the fore to describe the type 2 diabetes drug Invokana. Some doctors - including one in Halifax, located in Eastern Canada - think the drug is perfectly safe and effective, a pharmaceutical butterfly for type 2 diabetes patients. Others, including an Ontario plaintiff seeking a billion dollars in damages for herself and others similarly affected, look at headlines screaming “Invokana Linked with Cardiovascular Injuries and Kidney Failure” and see the bee. 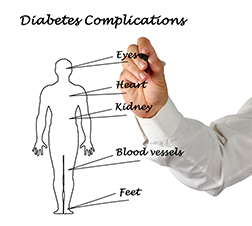 Rosalba Joudry, of Scarborough, Ontario, claims to have felt its sting. According to an interview she gave to the Canadian Broadcasting Corporation (CBC 9/17/15) in September of last year, Joudry had only been taking Invokana for a short time when she viewed on television an advertisement for potential cases by plaintiffs having been harmed by Invokana.

She wondered if the same thing could happen to her. So Joudry asked her doctor to investigate, and after conducting tests, it was determined that Joudry had sustained damage to her kidneys and renal system.

The time frame is somewhat dramatic. Invokana was only approved for use by Health Canada - the equivalent to the US Food and Drug Administration (FDA) - in 2014. Joudry was soon prescribed this promising new type 2 diabetes drugs and had been using it only for a period of eight months when she experienced her serendipitous moment with the TV commercial, and decided to get checked out.

Good thing she did - her renal system was failing, and she had been suffering from Invokana adverse events without even knowing it. What might have happened had Joudry not seen that TV ad is fodder for supposition. However, had Joudry only become aware of the Achilles’ heel of these new-generation, type 2 diabetes medications only after her health had begun to fail, her situation may have been different.

More INVOKANA News
Joudry is pursuing a class-action lawsuit in Canada, seeking both compensatory and punitive damages against Janssen Pharmaceuticals and Johnson & Johnson.

Joudry, who suffered kidney failure soon after being tested, accuses Janssen of understating the potential risks associated with Invokana, in spite of a limited pool of those affected. Her lawsuit asserts that such a risk “must be balanced against considerations such as the nature of the drug, the necessity for taking it, the seriousness of the danger, and the magnitude of the increased danger to the consumer.”

Her lawsuit mirrors those filed in the United States. In May of last year, the FDA issued a safety alert for all SGLT2 inhibitors, in which Invokana is classed. Health Canada commenced a safety review of the drug a month later.