As Invokana lawsuits continue to be filed in both the United States and Canada, pundits continue to wonder if the inmates are running the insane asylum given the reality that two years after approval by the US Food and Drug Administration (FDA) came reports of Invokana Linked with Cardiovascular Injuries and Kidney Failure, as were other drugs in its class. Specifically, diabetic ketoacidosis (DKA), a potentially fatal health issue associated with Invokana and all SGLT2 inhibitors. 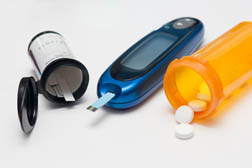 While lawsuits allege that Invokana manufacturer Janssen Pharmaceuticals (Janssen), an arm of Big Pharma giant Johnson & Johnson, knew about this potential for serious Invokana side effects but did nothing to alert consumers or the health care industry, critics remain aghast as to how the sodium glucose cotransporter-2 (SGLT2) inhibitor and others in its class managed to squeeze through the approval process in the first place.

Were there clinical trials? If so, were they long enough? If no clinical trials were conducted, why did the FDA approve the drug in the first place? It remains, for health care advocates, a glaring example of continuing trouble in the nation’s health care industry that the federal regulator responsible for ensuring pharmaceuticals have a reasonable modicum of safety and efficacy is reduced to mandating product label warnings about a potentially fatal condition just two years after approving Invokana.

The class of type 2 diabetes drugs to which Invokana belongs was thought to be a promising breakthrough in controlling glucose and blood sugar levels by preventing the reabsorption of glucose into the bloodstream. The FDA subsequently approved Invokana in 2013 with no reference to DKA beyond other Invokana adverse events. Every pharmaceutical carries side effects. It remains the job of the FDA to decide whether or not a new, or updated drug is safe enough for the intended patients by determining if the benefits outweigh the risks.

Two years after approving Invokana, the FDA was back in December of last year with a mandate to manufacturers of all SGLT2 inhibitors to have warnings added with regard to a risk for urinary tract infection and DKA.

In rare cases, DKA can cause a patient to lapse into a coma. It can even cause death.

Not surprisingly, lawsuits have been on the rise ever since. One lawsuit filed in US District Court for the Southern District of Alabama is representative of many lawsuits filed thus far. Plaintiff Luana Collie alleges that Janssen “knew of the significant risk of diabetic ketoacidosis caused by ingestion of Invokana,” but failed to warn consumers and doctors about the severity of the risks.

More INVOKANA News
Collie filed her lawsuit in December of last year, the same month that the FDA released its warning and its mandate to manufacturers to update product labels. Collie claims in her lawsuit that she began using Invokana the previous December, in 2014 - about a year after it was approved - and quickly developed DKA. While accusing Janssen of harboring knowledge about the serious Invokana side effects, Collie also asserts in her lawsuit that Janssen promoted Invokana off label as a treatment for type 1 diabetes.

Her lawsuit asserts the FDA only approved Invokana for type 2 diabetes, not type 1. While doctors and qualified health care professionals have the authority to supersede FDA restrictions and prescribe a drug off label based on their medical knowledge and training, it is illegal for a manufacturer to actively promote a drug to doctors or consumers for uses not approved by the FDA. Collie’s lawsuit (Luana Jean Collie v. Janssen Research & Development, LLC et al, Case No. 1:2015-cv-00636, US District Court, Southern District of Alabama) makes that assertion.