Jay Edelson, a managing partner at KamberEdelson, LLC, says that "new technology class actions" differentiate KamberEdelson from other class action law firms. "It's a field unto itself," Edelson says. "It can include things like security breaches, text messaging slam cases, Internet fraud, and unauthorized mobile phone content charges." That latter includes a recent case filed against Sprint Nextel; the suit alleges that Sprint has charged its customers without their knowledge for unauthorized mobile content such as ringtones, sports scores, horoscopes and weather reports. 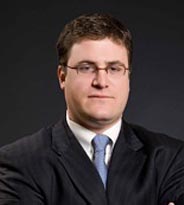 The Sprint case, according to Edelson, is one of more than 30 similar cases throughout the country involving third-party mobile content providers. "If the third-party companies can get your cell phone number, they can start charging you," he says. "The cell phone carriers haven't made it easy for customers to fight them. A lot of different players are involved—the carriers, the content providers, and the 'aggregators' who operate as billing agents. The content providers work through them; the aggregators have the relationship with the carrier, and they tell the company how much they should charge for their content."

Because cell phone systems in North America are still relatively unsophisticated, Edelson says, they haven't yet seen the worst of potential abuse. Elsewhere, he says, "Essentially, cell phones are being used like credit cards with very few safeguards, which is an incredible way to set up a system. Large companies are willing to accept charges on cell phone bills, and you can send people cash via a cell phone number. From what we've seen in Asia and Europe, this can become a breeding ground for fraud.

"Companies have started experimenting with some of this in the United States. We hope that the system will be cleaned up before this becomes widespread here and we start having the same kind of problems they've had in Europe and elsewhere. There's a pro and a con to it. In Europe you can buy drinks from vending machines through your cell phone, which is convenient, but there's also a lot of potential for fraud. That it's late coming to the US is positive in a lot of ways."

The current case against Sprint Nextel was originally filed in state court in Lyon County, Kansas, where Sprint is headquartered. "They removed the case to federal District Court," Edelson says, "but we're challenging that. We think this case is more properly taken in state court. The case was brought on behalf of a Kansas-only class. We don't know the full scope of the case yet—that will come up during discovery and litigation.

"Most of all we'd like Sprint Nextel to fix the problem so that these unauthorized charges don't happen any more. We're also seeking compensatory damages for individual customers—people who paid money for unauthorized content should get that money back. We think they're violating state consumer protection laws as well as common law for breach of contract and so on.

"I should emphasize that currently these are just allegations; we need a good faith basis for the case, and we anticipate that Sprint will deny the allegations. We believe that we can prove them and we'll have an opportunity to do that through the lawsuit. We've had dozens of people contact us with these problems and have subjected them to our own internal vetting process. People don't know why they were charged for cell phone content, and we're trying to help them."

Jay Edelson, a 1994 graduate of Brandeis University, received a JD from the University of Michigan Law School in 1996. Originally a partner in Brim & Edelson, LLC, of Chicago, he became a managing partner in KamberEdelson when his firm merged with Kamber & Associates, LLC, of New York in 2007.