A thin, wiry man with piercing eyes who claims to eat and sleep very little, Canada's Tony Merchant is a somewhat misunderstood character but nevertheless a very good litigation lawyer. He's pursued hundreds of class action suits with excellent results in a country where people are historically less accustomed to settling grievances through civil action than in the US. Merchant's latest newsworthy suit is a class action against Facebook. In a country with only 33 million people, it is estimated that there are 15.7 million Facebook users. The putative class, as lawyers say, is phenomenally large. 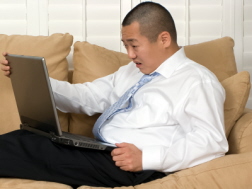 The suit, which has yet to be certified, charges that Facebook, among other things, regularly "harvests confidential information" and then uses that information to focus advertising in a targeted way.

"Facebook is wrongfully profiting by allowing information to be harvested that was to be confidential," says Merchant from his office in Regina, Saskatchewan. "Facebook then sells that harvested information and it is used to organize advertising.

Under Canadian law, using wrongfully obtained information as alleged would make Facebook guilty of unjust enrichment. The consequence of that, as Merchant explains, would be that Facebook would be forced to "disgorge" the money it collected and let the profits flow back to Facebook users.

Facebook has already been "bookmarked" by a number of countries concerned about various issues. In the US at least 30 states are considering action against the social media network, and in one case Facebook agreed to settle a suit for $9.5 million. The amount is being appealed by third parties that believe the amount is ridiculously low.

Meanwhile, says Merchant, "Facebook is prepared to stay the course over a number of things that nations and individuals think is wrong, so they must be finding this very profitable."

Merchant's firm, the Merchant Law Group, has wrangled with some very tough customers over the years and. Among other things, they fought vigorously and successfully for compensation for Canadian First Nations people who were sexually, physically and emotionally damaged by the Indian residential school system.

More TECHNOLOGY News
Merchant himself is a former member of provincial parliament and comes from a family with a long history of public service. His mother was a federal senator, two of his brothers-in-law were federal cabinet ministers and his wife currently sits as a federal senator with the Canadian government.

"We are interested in the way the courts can work to accomplish societal change and where the courts as the third arm of government they can do something about things that need to be changed," says Merchant.

Facebook is a perfect case for Canada's misunderstood public crusader and litigation lawyer.

The Merchant Law Group has ten offices across Canada. Its lawyers are licensed to practice in most Canadian provinces and in some US states. It focused on vigorous litigation in a number of areas from pharmaceutical product liability to personal injury and class action suits.

If you have suffered losses in this case, please send your complaint to a lawyer who will review your possible [Technology Lawsuit] at no cost or obligation.
Request Legal Help Now