If you have ever found yourself frustrated by trying to cancel your online services, you are not alone. A recent report in PC World magazine listed the 13 worst companies for online cancellation procedures. Among those on the list were AOL (America Online), Classmates.com, NetZero, and Napster.com. 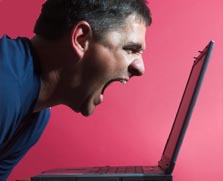 Reports at Consumer Affairs.com say that at least one of these companies had already agreed to change their can-cellation policies after numerous investi-gations from various states regarding improper cancellation procedures.

A recent article at Consumer Affairs.com (December 13, 2006) notes that AOL and the State of Florida reached an agreement regarding complaints about the company's billing issues and membership charges. AOL agreed to forgive any customer debts regarding issues the Attorney General's office was investigating, including cancellation requests that were not honored and reactivation of accounts without the customer's authorization. The state began its investigation of AOL after receiving over 1,000 complaints about the company's practices.

In addition to the settlement with Florida, AOL reached an agreement with New York Attorney General Eliot Spitzer in August, 2005, that AOL would change incentives offered to customer service representatives who tried to convince subscribers not to cancel their service.

Up to that point, AOL had a bonus system for rewarding employees who managed to convince a certain number of customers to continue with AOL despite the customer requesting cancellation of services. In fact, AOL even had minimum retention percentages which customer service representatives were expected to meet. In some cases, customer service representatives reported subscribers as "saved" (meaning they had decided not to cancel) without the subscriber's consent.

The agreement was only binding in New York but it was hoped that the settlement would help customers across the country that had problems canceling their AOL services. Terms of the agreement included:In October, 2003, the state of Ohio sued AOL claiming that the online service was failing to honor requests to cancel subscriptions. The state requested $25,000 in penalties per violation by AOL. That lawsuit was settled in June of 2005, and saw AOL agreeing to repay consumers who opted-out of a class action settlement as well as paying $75,000 to the Attorney General's office for costs incurred by the lawsuit.

Back in September, 2003, AOL reached a settlement with the Federal Trade Commission agreeing to process cancellations in a timely manner and stop billing customers that cancelled their services. However, based on the number of investigations by various states and the number of complaints at Consumer Affairs.com, AOL has continued its policy of making cancellations as difficult as possible.

If you have tried to cancel your online services and have subsequently found your service had NOT been cancelled, you can send your complaint to an [Online Service Cancellation attorney] for a free case evaluation.
Request Legal Help Now