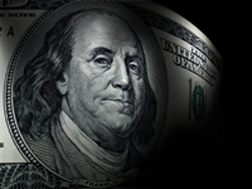 There are 15 states where Internet payday loans or unlicensed payday loan lending are illegal. In addition to Arizona, California and New York, states such as Ohio, Massachusetts and New Jersey have outlawed the loans, which typically come with outrageous interest rates. In addition to charging high interest rates, Internet payday loan companies have been accused of automatically renewing loans and charging fees that were not previously disclosed.

They gain access to customers’ bank accounts by requiring account information to deposit the loan in the customer’s account or to withdraw payments from the accounts. They then automatically withdraw the loan payment, along with a variety of fees and interest charges, even if the customer was not aware of those fees. In states where the Internet payday loans are illegal, regulators are going after banks for their role in allowing the payday loan companies to operate.

The issue is that by allowing these automatic withdrawals to occur, even after customers have requested they stop, banks aid these payday loan companies in operating even in states where they are illegal. Internet loan companies do this by operating out of a state where the loans are legal, but offering loans in other states including those in which payday loans are illegal.

Bloomberg (8/8/13) reports that both the Department of Justice and the Federal Deposit Insurance Corp. have put pressure on the banks to stop doing business with online lenders.

More PAYDAY LOANS News
Lawsuits have been filed against various Internet payday lenders, alleging they operate illegally and charge outrageous interest rates. In July, Virginia Attorney General Ken Cuccinelli filed a lawsuit against Jupiter Funding Group, alleging it offered payday loans without having a valid state license. Lenders can operate without a license if they only charge up to 12 percent annual interest on a loan. But Cuccinelli alleges Jupiter’s interest rates range from 438 percent annually for a 25-day loan to almost 1,400 percent annually for an eight-day loan.

“Jupiter Funding has preyed on Virginia consumers by making high-interest rate loans over the Internet without any regulatory oversight,” Cuccinelli said in a written statement (7/18/13).

Posted by
jon
on January 10, 2014
Hi I am in n have the same problem as you what can we do to stop this
Posted by
First Lady41
on September 4, 2013
I am a resident of NJ. In December 2012 I borrowed $5,000 from a company called Western Sky, they instantly sold the loan to Cash Call. I was on time with all of my payments ($486.58) for 8 months (I believe their interest rate is upwards of 139% (one of my payments totalled $2,500. I ran into a wall in August and called to ask if I could defer that payment and double up on Septembers payment, the company would not work with me. As of August 31st the loan has been transferred to a company called Delbert Services and after paying a total of $4,600 toward the loan I am being told as of August my payoff balance was $3,600. My question is, if they are in violation of the usury laws for NJ am I obligated to pay that $3,600 (which is surely more as of today) or do I just need to pay the $400 left on the principal? My understanding of N.J.S.A 31:1-1, is that any interest rate charged higher than 36% forfeits all interest paid to the loan, because the contract is considered illegal and voids the contract.