A landmark legal ruling appears to have stripped away any perceived immunity by Internet payday loan vendors who have, until now, operated under the premise of protection through an affiliation with a Native American tribe. The ruling, affirmed this month by a Nevada federal judge, provides the Federal Trade Commission (FTC) with almost limitless power to pursue cases involving online payday lending, and other alleged infractions, against individuals or enterprises so affiliated. 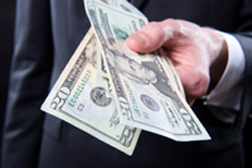 The ruling is expected to send shockwaves through an industry that often operates behind the protective cloak of immunity provided by Native American Tribe affiliation, which in many respects circumvents state laws.

The ruling relates to a case brought by the FTC against AMG Services Inc., a lender based in Overland Park, Kansas, that maintains an affiliation with the Miami Tribe of Oklahoma. AMG was sued by the FTC in April 2012 over allegations of undisclosed or inflated fees, together with the illegal threatening of consumers with lawsuits and even arrest while attempting to collect such fees.

Internet payday lending has exploded in recent years thanks to the proliferation of Internet commerce, and the availability of online services to a growing number of Americans. Internet lenders have played upon the convenience of Internet lending, together with the need for quick cash.

The downside for the consumer are the predatory lending practices undertaken by various lenders, with interest rates and fees inflated to unheard-of levels. Individual states, which observe caps and provide regulatory authority for storefront payday lenders, have taken issue with online lenders trolling for clients from out of state, with online operations that tend to circumvent local state governance. Various states have placed lawsuits and enacted penalties in an effort to shut down these operators and prevent them from taking advantage of consumers in their respective jurisdictions.

Various operators have found a way around such laws by partnering with Native American Tribes, claiming either tribal membership or affiliation to some degree.

In July, a federal magistrate ruled that Native American tribe affiliation does not preclude the FTC or any regulatory body from pursuing a for-profit organization seen to be attempting to hide behind Native American Tribe immunity.

The original ruling, in the AMG case, was affirmed earlier this month.

“This ruling makes it crystal clear that the FTC’s consumer protection laws apply to businesses that are affiliated with tribes,” Jessica Rich, the director of the FTC’s Consumer Protection Bureau, said in a statement. “It’s a strong signal to deceptive payday lenders that their days of hiding behind a tribal affiliation are over.”

AMG is alleged to have made multiple electronic withdrawals from client bank accounts, assessing a financing fee for each separate withdrawal. This, in spite of informing consumers that the only charge would be the amount borrowed plus a single one-time fee, or so it is alleged.

More PAYDAY LOANS News
The two parties reached a partial settlement in July, but failed to settle all issues. Still at play is whether or not AMG can prove, as it claims, that the lender is a not-for-profit unit of the Miami tribe. If AMG can prove not-for-profit status, it will escape the clutches of the FTC, given the latter does not have jurisdiction over not-for-profit entities.

The ruling, however, does not preclude any state or non-FTC authority from pursuing a claim against any Internet payday loan lender claiming Native American Tribe Status or affiliation. As for the FTC - the not-for-profit issue notwithstanding - the ruling solidifies the FTC’s power to bring cases against any “person, partnership or corporation” for violations of the Federal Trade Commission Act, the Electronic Funds Transfer Act, the Truth in Lending Act or any other statute that the FTC enforces.

All eyes will be watching how this plays out.

Posted by
Clark Curtin
on March 23, 2014
This is a good start. Tribes should have immunity equal to states and other political subdivisions; however, that immunity should end when they cross the boundaries of governmental efforts and engage in commerce with the public at large in competition with private enterprise.