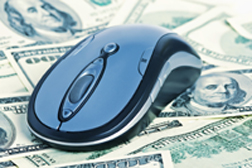 “Whenever online payday lenders try new schemes to flout our laws and exploit New York consumers, we will take strong action to head them off at the pass,” New York Superintendent of Financial Services Benjamin Lawsky said in a statement. “VISA and MasterCard responded swiftly when we contacted them about this issue and have set a strong example today for their entire industry.”

According to reports, various Internet payday loan vendors from outside the State of New York - many of them ensconced on Native American lands and attempting to hide behind a shield of native immunity - had been accessing customer accounts through the Automated Clearing House (ACH) payment system affiliated with the banking industry.

VISA Inc. and MasterCard Inc. have since agreed to help, in an effort to help shut down that avenue of processing. The credit and debit card giants have agreed to cease activity with a lender once the DFS provides evidence that the Internet payday loan provider is in violation of state laws. Under the agreement, VISA and MasterCard will also take steps to alert financial institutions that continuing to commiserate with Internet payday loan vendors constitutes a violation of state law.

“By working with us to root out this illegal conduct, VISA and MasterCard have stepped up to the plate and shown how private companies can work alongside state government to protect vulnerable New Yorkers,” said New York Governor Andrew Cuomo, in a statement. “This collaboration, along with the latest cease-and-desist letters from the Department of Financial Services, should serve to put all payday lenders on notice that illegal activity will not be tolerated in the state of New York.”

Meanwhile, the lenders are suing the states…

Meanwhile, The Montgomery Advertiser (4/29/14) reports that a trial date has been set for a lawsuit brought against the state of Alabama by a collection of small Internet payday loan vendors over the state’s attempt to establish a database that will aid in the enforcement of state limits to payday loan debt. Plaintiffs allege that state officials overstepped their authority. The Alabama State Banking Department disagrees. The case goes to trial next month in Montgomery Circuit Court.

More PAYDAY LOANS News
The Internet payday loan industry has grown exponentially with growth of the Internet and e-commerce. Traditionally a storefront industry from which loan seekers would secure short-term, low-dollar loans at interest rates higher than those charged by a bank or trust company, payday loan lenders have since moved online. In so doing, they have succeeded in circumventing regulations sanctioned by individual states with regard to interest rate caps.

According to The Montgomery Advertiser, interest rates on Internet payday loans with terms ranging from 14 to 31 days can reach as high as 456 percent APR. There have been examples, however, where rates for Internet payday loans have reached 1,000 percent APR or higher, a rate that is beyond predatory, according to most critics. Many a payday loan lawsuit has been filed by plaintiffs having been taken to the cleaners through such predatory lending.

Individual states, such as New York, have also filed Internet payday lender lawsuits, given that state regulations governing the practices and rates charged by storefront lenders located within the state are not observed by online lenders operating outside the state, but targeting state constituents.

Posted by
Ed Joseph
on May 25, 2014
I too have an issue with a company called Pegasus . I borrowed 6000 grand and within a year or more they said I owe them 16500. After my case settled for 20000 I paid lawyer and bills and Pegasus got the rest for 11800. They took the money but now they are saying I owe them more money. Meanwhile I am being told that interest is growing , after many attempts to clear my name , I don't know what to do. They took the check they got my money but I am being charged for money I don't owe, they agreed to take the money because that was all the money that was left. I received nothing and I accepted that but the greedy people want more.
Posted by
Red Rose Diane
on May 15, 2014
I was a victim of internet payday loans for 2 years because of a serious financial setback. These entities circumvent Florida's law of $500 limit by providing loans from out of state lenders.

I once borrowed $800 from an online Delaware Bank which charged me a $300 fee each month until the $800 can be paid back in one full payment!

Also, one company removed all the money from my bank account to pay for buying a loan. They like to switch you to many other companies with repetition of your private information so that it is all over the internet.

Many problems to list. I discourage anyone from doing business with these companies!

Posted by
BustaLoan
on May 14, 2014
Too little too late. Payday loans are now called installment loans, line of credit loans, workplace loans... The regulators are always one step behind.