A company that creates medical devices that are used in the treatment of cardiac arrhythmias announced yesterday that a complaint has been filed with the United States International Trade Commission against CryoCath Technologies Inc. The complaint states that CryoCath has engaged in unfair trade practices by infringing on a number of patents owned by CryoCor regarding its Cryoablation System. CryoCor is asking the ITC to begin an investigation and issue an order that would bar the importing of CryoCath's products into the US due to the infringement.

There are three patents that are covered in the complaint. These patents are in regards to the pre-cooling technologies that CryoCor considers to be vital to their Cryoablation System. If the ITC goes ahead with the complaint, it will conduct a formal investigation within 30 days. Investigations are usually completed within 15 months from the time the complaint is submitted. If it is determined that CryoCath's Cryoablation system infringes on the patents of CryoCor's patents that are licensed with the United States, CryoCath will be ordered to cease import of their product into the United States. However, it must also be confirmed that CryoCath's products are being imported into the United States. Although this may seem obvious, it is routine that the ITC confirm a product is indeed imported before any further action can be taken against that company. 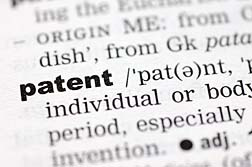 These alleged unfair business practices on the part of CryoCath would result in all parts associated with the Cryoablation System and any catheters that are a part of it to be excluded from import into the United States while the patents still exist for CryoCor. Once the patents for CryoCor expire and CryoCor does not renew those patents, CryoCath could then continue with having their product imported into the United States. But as long as CryoCor owns the patents, no other company can use what is considered their intellectual property.

The infringement of patents means that a company is passing off the idea or the exact design of something as their own. This means that those who purchase their product believe that the company they buy it from owns the patent. When the patents are infringed upon, the company is unlawfully using them and making a profit off of another's idea. This creates issues regarding unfair business practices and unfair trade practices that can result in troubles for all parties involved.

What CryoCor is doing is protecting the intellectual rights to their product. The product that CryoCor manufactures is a catheter system that is disposable and is based upon technology that they developed. The Cryoablation System makes the treatment of cardiac arrhythmias minimally invasive. Arrhythmias are treated through cryoenergy, which is extreme cold. What this extreme cold does is destroy cardiac tissue that is causing issues with the heart. The Cryoablation System is also used in Europe for arterial flutter and arterial fibrillation, which are the most difficult arrhythmias to treat. Currently, CryoCor is conducting a trial within the United States to evaluate its safety and efficacy for treating arterial fibrillation. So far, the Cryoablation System has been approved for treating Atrial Flutter in the United States.

If the ITC finds CryoCath to be liable for patent infringement, it means they have passed intellectual property off as their own and that means CryoCor will be the only company providing this innovative product that has helped many people with their heart conditions. Again, CryoCor will know within the next 30 days whether or not the ITC will conduct the investigation. If they do, then the results should be available no later than May 2009.

Click to learn more about LawyersandSettlements.com
LawyersandSettlements.com - A trusted, independent legal news provider bringing quality news and information on all legal cases and lawsuits filed in United States of America to its readers since 2002. Over 250,000 legal help requests including Intellectual Property Cases have been forwarded to lawyers all across to the country.