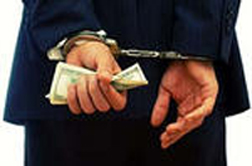 Los Angeles, CA (March 25, 2014) (Press Release): Hollywood-based Tigris Entertainment and U.K.-based DreamStone Ltd. announced that they have filed a lawsuit against video game developer Maysalward, Inc. and its founder Nour Khrais. Tigris and DreamStone have retained the Los Angeles office of the Law Offices of Nate Kelly and Dallas-based Siegel Law Group as Counsel. The attorneys filed the federal lawsuit in the U.S. District Court for the Central District of California in Los Angeles.

Jordan-based Maysalward is the “recognized leader of mobile games development in the Middle East.” Maysalward partnered with Shaquille O’Neal’s One Spear Entertainment in 2013 to become the official Middle East Marketer of his mobile game “ShaqDown.” Prior to the lawsuit, Maysalward had recently partnered with the former NBA Great’s company to develop his soon-to-be-released game, “ShaqDown 2.”

The federal suit accuses the Middle East gaming giant and its founder of engaging in a “systematic campaign of fraud and deception to deprive DreamStone and Tigris of their valuable intellectual property, earned money, and reputation related to the production and distribution” of DreamStone’s popular “GHUL: 1001 Arabian Nights” mobile game.

Maysalward, which published DreamStone’s enormously popular GHUL mobile game from October 2013 to January 2014, is accused of stealing all proceeds from the game, misappropriating GHUL intellectual property, and holding the GHUL game hostage in its Jordanian headquarters. The Complaint contends that Maysalward’s refusal to hand over the game has damaged DreamStone and Tigris by disallowing it from collecting mobile game revenue, diminishing the companies’ reputation in the gaming community, diminishing the value of the GHUL franchise, and preventing Tigris from moving forward with production of its upcoming GHUL movie.

“Maysalward and Nour Khrais have maliciously absconded with my clients’ valuable intellectual property and hard-earned money. We will fight tooth and nail to ensure the game is restored on gaming platforms and the Defendants pay every dime needed to rectify the damage done to my clients’ reputations and the GHUL franchise,” said Jack Siegel of the Siegel Law Group, co-counsel for Tigris and DreamStone.

If you or a loved one have suffered losses in a similar case, please click the link below and your complaint will be sent to an intellectual property lawyer who may evaluate your claim at no cost or obligation.
Request Legal Help Now

Click to learn more about LawyersandSettlements.com
LawyersandSettlements.com - A trusted, independent legal news provider bringing quality news and information on legal cases and lawsuits filed in the United States of America to its readers since 2002. Over 650,000 legal help requests including Intellectual Property Cases have been forwarded to lawyers all across to the country.