Kaiser Ordered to Pay Back Coverage

Edie Jackson, aged 57, has multiple sclerosis (MS) and barely has enough energy to talk, so it was with great difficulty that she told LawyersandSettlements.com how Kaiser Insurance cancelled her coverage, without warning.

Edie only found out her coverage was cancelled when she tried to get her medication refilled. 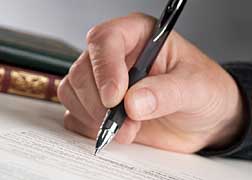 "I had Kaiser insurance coverage through my employer, All State Insurance Company, where I worked for 21 years," says Edie, pausing for breath. "I took an early retirement in 1999, but it wasn't until 2003 that I was diagnosed with MS.

"Kaiser paid my medical bills for MS; everything was going well and my MS was under control. In 2004 I had carpal tunnel surgery in both wrists. A few days after surgery, right out of the blue, I went to the Kaiser Pharmacy to refill my MS meds and the pharmacist said I had to pay full price for my prescription. Just days before, I had received a renewal booklet from Kaiser. I didn't know what to do, and I certainly couldn't afford to pay for my meds. I applied for social security disability but it was going to take a while and by this time I was so upset that my MS had gotten worse.

Next thing I knew, I got a bill from the hospital and the carpal tunnel surgeon; apparently Kaiser refused coverage on my surgery - after the fact! Now the doctor and hospital was billing me. Of course I couldn't pay it back because I was just living on my retirement income. Social security denied me disability so I found an attorney and finally went to court. My medical bills were eventually paid but not a dime from Kaiser. I think Kaiser found a way to cancel my coverage because my MS medication was getting too expensive. What this company does to people is disgusting - they ruin lives by canceling medical coverage."

But people like Edie Jackson may be able to get back the quality of life that Kaiser took from them when their coverage was cancelled. On October 19, 2006 The Los Angeles Times reported that state regulators ordered Kaiser Foundation Health Plan to reinstate the insurance coverage of a patient whose policy was illegally canceled.

The Department of Managed Health Care ruled that a woman from Northern California be reinstated because there was no evidence the woman intended to deceive the health maintenance organization about her medical history, as Kaiser alleged.

"Decisions about when insurance can be denied or revoked must be taken out of the hands of insurers who have a financial incentive to refuse to pay when we get sick and need it most," said Jerry Flanagan, a healthcare advocate with the Foundation for Taxpayer and Consumer Rights.

In the wake of the agency's action, Kaiser will likely be hearing from many more insurers whose coverage was cancelled.

If you or a loved one had insurance coverage cancelled by Kaiser, for no apparent reason, please contact a [Kaiser Insurance] lawyer who will evaluate your claim for free.
Request Legal Help Now