When Patricia Scales was in a car accident in January, 2005, the last thing she thought she'd have to worry about was her Wellpoint Blue Cross insurance coverage. 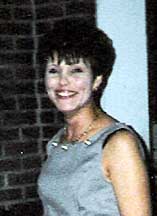 "I've got outstanding claims since January 31, 2005," Patricia says. "Almost 100 claims haven't been paid. Or Blue Cross pays them but then retracts the payment. It's not right."

Patricia has contacted Blue Cross repeatedly about the matter. "The last time I called, I spoke with a supervisor. Every time I call I give them all the information. Then someone says to me that they'll update my account and resubmit the claims. But so far, it's not being paid. It's driving me crazy trying to get this straight. A lot of money is owed for my medical bills."

The reason there are so many unpaid claims is that Patricia was seriously hurt in the car accident. "My right hip was shattered, my collarbone was broken, and I had a punctured lung," she says. She is still suffering from her injuries - next month she is scheduled to have hip replacement surgery.

Aside from her physical problems, her financial woes are growing too. "My credit score has dropped to 520 because of this. Sentara Hospital, Sentara Home Care, and Riverside Rehabilitation are all taking me to court because of unpaid bills. But they're not my bills to pay. I've started talking about getting a lawyer to help with this because it's all too much. Blue Cross isn't doing anything about this. My bills are stacking up. Every time I call, I tell Blue Cross the same thing, but nothing's being done."

"This is an error on their part," Patricia says. "I've told them repeatedly. This is not my fault, it's theirs. They need to fix this. I have the documentation to prove I'm right. I don't understand how they can do this."

What's really interesting about this situation is that, when asked about WellPoint Insurance, Patricia said she had never heard of them. "I didn't know there might be any affiliations," she says. She's probably not alone.

In Virginia, the Blue Cross is actually called Anthem Blue Cross and Blue Shield. A person has to look very hard to notice the fine print at the bottom of their webpage and read the following: "Investor Relations - Information on WellPoint Inc. formerly Anthem Inc." The link goes to the home page for WellPoint Insurance.

Why are customers of Blue Cross not made aware that Blue Cross is affiliated with WellPoint Insurance? Would it make a difference if WellPoint was made aware of Patricia's situation? It's possible. At least, if Patricia knew about WellPoint, she would have another avenue to follow for submitting a complaint.

In the meantime, Patricia has a lot on her mind. "Some nights I lose sleep over this. It's driving me crazy," she says. In addition to recovering from this car accident, she has a fight with Blue Cross to deal with. That can't be helping her recovery.

If you or a loved one has had your insurance policy cancelled by Blue Cross and Wellpoint Inc., please file a [Wellpoint Insurance] claim which will be reviewed by a lawyer at no cost.
Request Legal Help Now