More ILLINOIS LABOR LAW News
An Illinois labor law will extend a program that was set to end at the end of September, which has provided tens of thousands of low-income workers with federal stimulus-subsidized jobs. 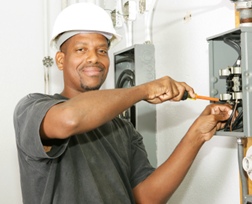 According to the Center on Budget and Policy Priorities, around 250,000 workers in 37 states were provided with short-term employment by a $5 billion stimulus from the Temporary Assistance for Needy Families program, reports CNN. Many of the jobs were for youths over the summer, but some were for disadvantaged parents who have now been told to not report to work.

Illinois recently announced that it would extend the program for two months with state funds in the hopes that the federal government will help out the initiative.

"The best way to make our economy stronger is to put people to work," said Governor Pat Quinn. "It is good for families, small business owners and businesses."

The news source reports that Illinois has found employment for more than 26,000 at more than 5,000 government and non-profit employers.

Posted by
Robert Noye
on May 6, 2016
Me and other employees was complaining about new drivers leaving the trailers high when dropping the trailers at the docks at a local company. A trailer fell on one driver. A few months later a trailer fell off my tractor, a month later my job fired me because of the trailer drop. Is that leqal?