The International Brotherhood of Electrical Workers, Local 134 (IBEW 134) has filed a lawsuit alleging violations of the Illinois Employee Classification Act. The labor union accuses Northern Illinois Telecom Inc. (NITEL) of illegally misclassifying workers and paying them less than their due. 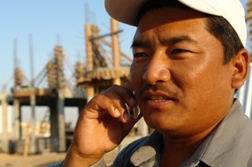 According to the 5/15/10 issue of Law & Health Weekly, the plaintiffs in the action, IBEW 134, allege that since January 2008 the defendants paid communication electricians in their employ a sum of between $21 and $24 per hour. However, the plaintiffs claim that in the ensuing two years NITEL was involved in at least nine construction projects that should have, in the plaintiff's view, paid members of IBEW 134 substantially more. The nine projects identified were governed by the Illinois Prevailing Wage Act (IPWA), which held that prevailing wages ranged from $45 to $52 per hour.

"We discovered this contractor performing communication work on a school construction project in Cicero and after an investigation determined NITEL employees were paid nearly $30 below the prevailing wage without health care or pension benefits," said Tim Foley, IBEW 134 Business Manager. "IBEW Local 134 then established area standards pickets at the job site and provided information to the school board officials and general contractor establishing NITEL's violations of the Illinois Prevailing Wage Act."

The general contractor later removed NITEL from the project.

The lawsuit alleges that NITEL also failed to make payments pursuant to the Illinois Unemployment Insurance Act and the Illinois Workers Compensation Act for these employees.

"In these difficult economic times, Local 134 will not allow any contractors to take advantage of construction workers who may feel that working for any wage is better than not working at all," Foley said. "We will use all the tools available to expose contractors misclassifying their employees. When contractors fail to comply with federal and state employment laws, they unfairly compete against reputable contractors who employ our members."

If you have suffered losses in this case, please send your complaint to a lawyer who will review your possible [Illinois Labor Law Lawsuit] at no cost or obligation.
Request Legal Help Now