Urgent care clinic neglect made an injury (much, much) worse

Shane Ackerschott hurt his back lifting freight at work, but that wasn’t what put him in a wheelchair for the rest of his life. An Idaho jury found that Ackerschcott became paralyzed from the waist down because of medical malpractice at the urgent care clinic he and his wife, Rebecca, visited. The jury in Ackerschott v. Mountain View Hospital awarded them $7.96 million. 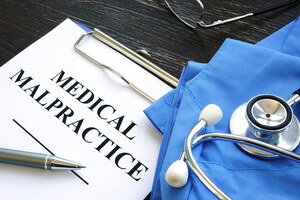 The award was later reduced to $6,575,354.58, to take into account the cap on noneconomic damages compelled by Idaho law. Redicare, the urgent care clinic, and Mountain View, the hospital with which it is affiliated, appealed on a variety of grounds and the Ackerschotts challenged the constitutionality of the cap on the damages. The Ackerschotts were successful in all but their constitutional argument. Nonetheless, their case highlights the importance of solid legal representation when it comes to navigating the complexities of Idaho medical malpractice law.

Urgent care made the problem worse


After Shane told his wife, Rebecca, that his back hurt, she drove him to the Redicare clinic in Idaho Falls. When he arrived, his range of motion in all directions was diminished, his legs were numb, and he had trouble standing.

There was a dispute at trial about whether he was advised that if he could not stand, he should go, by ambulance, to the hospital emergency room across the street for x-rays. Shane and Rebecca were concerned about the cost of an ambulance. In any event, the Redicare examining doctor told Shane to stand, which he was able to do.

While waiting for the x-ray at Redicare, Shane's condition worsened; he complained to a nurse of numbness in his legs, he could not feel tapping on his lap and he became distraught. After he was given pain medication, Shane changed into a gown and paper shorts and began to walk to the x-ray room. He felt dizzy and called for the technician, who brought a wheelchair over and wheeled Shane back to the examination room. No x-rays were taken.

As Shane was getting dressed to go to the emergency room, he heard a pop and immediately felt excruciating pain. He was transported to the hospital by ambulance and underwent emergency surgery. Shane suffered a massive disk herniation in the tenth and eleventh level of his thoracic spine. He now suffers from permanent paraplegia.


To prove basic medical negligence in Idaho, the law requires that the injured person show four things: In general, the two sticky points are what the expected standard of conduct is and whether the defendant contributed to the injury.
At trial, there was conflicting testimony about what the attending doctor said to Shane and Rebecca and whether, by ignoring medical advice, Shane was partially responsible for the harm that he suffered. The jury apparently found the Ackerschotts’ version of events more credible.

This is where things get tricky


Idaho makes it difficult for medical malpractice claimants to recover. There are additional requirements beyond the four basic elements of a negligence case.

First, expert testimony about the customary standard of care is extremely important in any medical negligence case. Medical brilliance is not required, but basic medical competence is.

The Ackershotts’ expert witness offered expert testimony to the effect that the customary standard of care for individuals complaining of severe back pain, especially when it is accompanied by numbness and difficulty standing, involves for immobilizing them. It was clear that Shane was not immobilized at any point. Nonetheless, the urgent care clinic and hospital maintained that the expert did not meet the requirements for expert testimony set by Idaho law.

This may have been the biggest threat to the Ackershotts’ recovery.

Third, Idaho law limits the amount that a plaintiff may receive for “non-economic” damages. These include pain, suffering and losing the ability to enjoy life. The Idaho legislature has adopted a limit of $250,000 on non-economic damages, but it may be adjusted based upon the average wage increase. This challenge by the Ackershotts appears to have failed for technical reasons. Constitutional challenges are always a long shot, in any event.

Where do we go from here?


Shane Ackershott and his family have their lives to live as they are and with the resources they now have. It is likely that he, Rebecca and their children would trade it all for robust good health and a long life.

For the rest of us, the message may be about how important it is to get good legal assistance because Idaho medical malpractice law is not straightforward. It is not always just about proving fault. It takes navigating through some legal twists and turns that make it harder for injured people to recover.
READ ABOUT IDAHO MEDICAL MALPRACTICE LAWSUITS

If you or a loved one have suffered losses in this case, please click the link below and your complaint will be sent to a drugs & medical lawyer who may evaluate your Idaho Medical Malpractice claim at no cost or obligation.
Request Legal Help Now