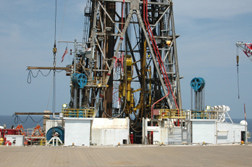 According to the news source, Bartonville Mayor Ron Robertson said that the moratorium serves as a "cooling period" while town officials continue to study the potential benefits of new regulations.

Robertson added that members of the town council have expressed concern over the chemicals used in hydraulic fracking, which includes the pumping of water, chemicals and sand underground in order to free gas by breaking up rock.

The mayor said that the town needs to have a better understanding on what it can allow. According to the news source, at least one well is currently undergoing fracking in Bartonville.

The Denton Record-Chronicle reports that the town council also decided to establish a seven-member board to oversee the production and drilling of gas in the town.

Bartonville, which is located in Denton County, had a population of just over 1,000 as of the 2000 census.