For Many, a Hurricane Sandy Lawsuit for Christmas

When Hurricane Sandy made landfall at New Jersey and New York state, the last things on resident's minds was the potential for a Hurricane Sandy power outage lawsuit or any other form of litigation. When such a storm threatens you prepare as best you can, hope for the best and respond to whatever befalls you. 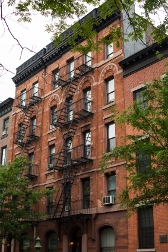 However, litigants in a Hurricane Sandy lawsuit allege the principles in their condo complex did little to prepare for the storm. According to The New York Times City Room blog (11/21/12), plaintiffs Michael Cashwell and David Barker filed a class action lawsuit against the owners and operators of 2 Gold Street and 201 Pearl—two residential towers in the financial district—for what the plaintiffs claim was a lack of preparation in the days before Hurricane Sandy made landfall.

The plaintiffs allege the building's principles, 2 Gold Street, failed to place sandbags or otherwise prepare the buildings for potential flooding.

The management company, according to the New York Times, had posted a notice on its website that floodgates had been designed to withstand a 12-foot storm surge, but that Sandy had completely overwhelmed the complex, which was not designed to weather a storm of that magnitude.

Others are filing lawsuits over various grievances. Those who's power was out for several days and even weeks—preventing residents from performing work at home in residential-based offices, or causing massive spoilage of food—are considering a Hurricane Sandy utility lawsuit.

Jonathan Stark is a condominium owner at 88 Greenwich who isn't happy with efforts on behalf of his condo's management company to safeguard the building from the pending storm. He also accuses building management of attempting to prevent residents from filing insurance claims.

On November 19th he, too filed a Hurricane Sandy lawsuit against the owners and managers of the building, according to the New York Times. In his $35 million lawsuit, Stark claims he and other residents were told they could not return to their homes for a period of four months, but offered little in the way of additional information.

What appears to be a difficult Christmas season looming for victims of Hurricane Sandy, could also signal a busy year for attorneys. Stark told the New York Times he knows of other residents in his building who are weighing their options with lawyers.

"My ultimate goal was to get this board to do their job, to get Cooper Square to do their job, and if anything financial comes out of it—people's lives have been damaged, their personal property, their homes have been damaged," Stark said in comments posted by the New York Times. "I couldn't live any longer and watch this board operate inefficiently."

More HURRICANE SANDY News
In his lawsuit, Stark accuses the building's operators of not doing enough to ready the building for the pending storm. An email alerted residents to expect six feet of flooding, but the building's managers allegedly failed to protect ground-floor rooms or equipment. Residents were allegedly told to file insurance claims under their own individual policies, but when insurance adjusters requested an inspection of the building, the owners failed to respond holding up the process, according to the claim.

Others, who lost their homes to fire, are considering a Hurricane Sandy fire damage lawsuit. The New York Daily News (11/19/12) reports the Department of Buildings has currently deemed the building uninhabitable.

If you or a loved one have suffered losses in this case, please click the link below and your complaint will be sent to an environmental lawyer who may evaluate your Hurricane Sandy claim at no cost or obligation.
Request Legal Help Now

Posted by
Terry Reed
on December 17, 2012
Seriously? THEY ARE GOING TO SUE GOVT FOR THINGS A HURRICANE DID?! O M G. That's ridiculous!