Some Cities Blocking Landlords from Evicting due to Defaulting Mortgage Payments

The high foreclosure rate the United States is experiencing is causing another type of housing crisis that involves the eviction of renters and cities are working to block such evictions.

Some tenants who have been evicted as a result of defaulted mortgages have reported that they signed leases during the foreclosure process without knowledge of the foreclosure or foreclosure began just a matter of days after moving into the homes. This results in financial loss and actually causes some of these tenants to become homeless. 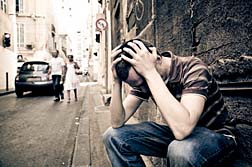 For apartment buildings that are going into foreclosure, banks have been known to demand as much as five months of rent in advance or risk eviction that could occur in as few as three days. In other cases, utilities are cut off and tenants are dealing with the absence of such necessities as heat, air conditioning, and running water.

A company called Realtytrac, which monitors foreclosures, states that approximately 20% of the foreclosures that are occurring in the United States involves some sort of rental property. Some cities such as San Diego and Las Vegas are looking at a number as high as 45%.

Nevertheless, the inability to pay the mortgage on rental property is not something a landlord expects to occur and in many instances, they are not required to tell their tenants that they are in arrears. However, tenants hardly ever fight their landlords or lenders when they are told to move out and the renters usually lose any advance rent payments and security deposits. In such states as Illinois, there are groups that help renters relocate when they have been evicted as a result of foreclosure. Unfortunately, foreclosures take authority over the lease in Illinois, so there is no way to fight the eviction.

States such as the District of Columbia and New Jersey have protection in place that allows the lease to overrule the foreclosure. If an eviction happens as a result of foreclosure, then the tenant has the legal right to fight the eviction. Minnesota allows tenants to remain in the rental properties for six months after the home has been sold due to foreclosure. Other states such as Arizona and Nevada are looking to adopt new rules.

Also looking to adopt new rules is Congress who is reviewing a housing bill that will allow renters to receive a 90-day notice before being evicted for foreclosure. This would keep tenants from being given only days to move out of their homes.

More News
These quick evictions are a result of the real estate market being so weak, which makes lenders empty out properties as soon as possible in order to sell them. Lenders hope that the properties will sell faster if they are empty. But some lenders state that they do not have the means to be landlords and they certainly don't want the job of landlord. That is why many banks use agents and brokers to evict tenants and even pay them bonuses to do so. Such practices make tenants feel intimidated and it scares them.

In some cities where foreclosure cannot evict the tenant, monthly rent is being increased by hundreds of dollars per month, which some have claimed is a tactic to force out the renters. This is said by some to be creative eviction in which it cannot be classified as an illegal eviction since renters can raise rent at any time. As for the communities fighting these evictions with locally adopted laws, they fear that there are more tactics being used to drive tenants out.

If you are experiencing problems with a landlord, or have a housing issue, please contact a [Housing, Landlord, Tenant Lawyer] who will review your case at no cost or obligation.
Request Legal Help Now

Posted by
Jamie
on August 17, 2016
Hi. My husband and 2 daughters under age 9 currently live in a rental unit that was owned by husband's father until he recently sold it. Now the unit is in "escrow" and we are left financilly ruined because we do not have have any money to move into another home, we don't even have 10 dollars in the bank. I believe their is 30,000 left on the mortgage. He has told my parents that he was buying a storage unit and uhaul to move out and first and last months rent on a new rental home. But he says now that he cannot afford it. They failed to fix the dishwasher and stove when we asked and couldn't turn the gas on here due to a bill they owed for this address. So we were left to boil water and take baths for the 2 1/2 years we were here.I don't know what to do we don't know what else we can do. The girls start school on the 28th so it's not good timing either. Great grandpa huh? Is thereanyoptions we have with filing a motion to stay? his dad sentry us a 30 day and we have a few days left on that.. . Any feedback on this would be greatly appreciated.thank you so very much for your time. ..Jamie