Many consumers who thought they were purchasing peace of mind when they bought home warranty insurance from certain companies say the companies they got their extended warranty through practice bad faith insurance. Home warranty lawsuits have been filed against some companies, alleging the home warranties claims are not properly investigated or paid out, even though the claimants made their payments in good faith. 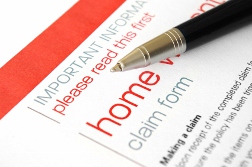 Home warranties are often purchased to cover the cost of repairs to appliances or to a home in the case of burst pipes, electrical problems, broken air conditioners or leaks. In cases where the companies act in good faith, home warranties can be a benefit, protecting homeowners against the high costs linked to home damage. A bill that could run thousands of dollars might only cost $100 for the deductible.

More HOME WARRANTY INSURANCE News
But when home warranty companies do not honor their agreement, consumers might be left on the hook for the cost of expensive repairs to their homes or appliances. Lawsuits against some home warranty companies allege the companies improperly denied customer claims. Among complaints against some home warranty companies, such as American Home Shield (Faught vs. American Home Shield, case number 2:07CV1928-RDP, in the United States District Court for the Northern District of Alabama Southern Division) are that claims were denied on the grounds of a "preexisting condition" even though the company did not have an inspection of the appliance in question done when the policy was issued.

Click to learn more about LawyersandSettlements.com
LawyersandSettlements.com is an online news and information site for the general public and legal community. As a legal news resource, we have emerged as an independent & trusted voice. We provide detailed and quality information on various lawsuits filed including Insurance Cases, Business Frauds, and Financial Cases.