When an Extended Home Warranty Extends Nothing but Frustration

The home warranty is, in some respects and in certain contexts, somewhat of an oxymoron. A builder’s warranty, which is usually in force for the first five years of life for a new home, is often moot as most structural or mechanical bugs will not appear before the warranty term is up. To that end, home warranty insurance encompassing the first five years of a home is also somewhat misguided for the same reason; the chances are greater that things will be fine when a home is new and in the best of condition, than later on. According to Tulsa World (5/13/13), most real estate insiders agree on this point. 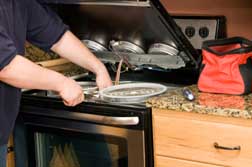 Where home warranty companies have the greater value is when the home is older and starting to show its warts. This is usually when it makes sense to have some coverage in place to protect against a breakdown in the air conditioning, furnace or structure.

But there are plenty of exceptions to both scenarios. New homes can develop an Achilles heel early on - in some cases making the home practically inhabitable. On the other side of the coin, homeowners opting for an extended warranty for the peace of mind are often blindsided when it’s time to make a justified claim and bad faith insurance results in an unfair denial.

In an example of the former, one of the largest builders in the country recently drew the ire of residents at Willowbrook, a community of town homes near Lakewood Ranch in Florida, when ongoing issues with relatively new construction negatively impacted many of the residents’ ability to inhabit their homes successfully. The problems included water intrusion from balconies, which led to severe mold problems, and corroded walls, ceilings and floors.

Inspectors from Manatee County, according to the Sarasota Herald Tribune (4/27/13), also found incidents of rotten wood, boards that were never nailed down and missing hurricane straps. While it was not articulated in the report whether or not home warranty insurance was available for the necessary repairs, at the end of the day, residents in the 272-unit complex made enough noise to persuade KB Home, the contractor of record, to commit to repairing any and all deficiencies associated with the development.

The Herald Tribune reported that KB Home set aside a $2 million fund to undertake the repairs. However, repair costs appear to be mushrooming, and a home warranty lawsuit of sorts has now been filed. However, the lawsuit was not filed by residents, but rather the contractor itself. KB Home, in its lawsuit, seeks compensation from various subcontractors responsible for the actual work performed, or it is so alleged. The lawsuit was filed in Manatee County Court.

As for the typical extended warranty, Home Warranty Lawsuits are often filed when a homeowner’s idea of a legitimate claim is turned down, even though the home warranty policy is paid in full and in good standing. Nonetheless, there can be many surprising exclusions or attempts to deny the claim due to various factors that could be subject to interpretation.

More HOME WARRANTY INSURANCE News
For example, according to Tulsa World, paperwork can come back stamped “insurance claim denied” due to improper maintenance of equipment. However, normal wear and tear can be a subjective thing. And a homeowner making a claim on equipment that may not have been well cared for by a former owner has no control over anything that happened previously. To the subsequent homeowner who carefully looks after home, hearth and all its appliances, a denied claim primarily for the failings of a previous owner could be construed as bad faith insurance.

A recent example of this is an American Home Shield lawsuit filed by a homeowner after their insurer denied a claim due to the improper maintenance of equipment, and/or a “pre-existing condition.” However, the plaintiffs note that at the time their extended warranty policy was put in force, there had been no inspection carried out on the appliances in question.

Posted by
HypoGal
on August 3, 2013
Unfortunately, we had 9 pipe leaks in fourteen months. Standard Pacific Corp, the builder, fixed the repairs but not the cause. Even through we were within our ten year warranty Standard Pacific agreed to pay us a bit over half if we did not inform our neighbors. The Vice President of Customer Service, Doug Campbell stated to the Judge Standard Pacific pipes are not comparabilable with our city drinking water. I also have a pending case against te CEO Scott Stowell. You can read my leaky pipe story at blog.hypogal.com Shame on Standard Pacific Corporation