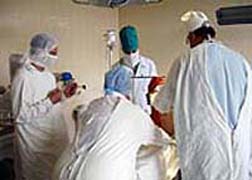 According to the British Medical Journal (11/29/11), researchers conducted a systematic review of clinical trials, observational studies and medical registries to compare the safety and effectiveness of a variety of hip implants. These included combinations of metal, ceramic and polyethylene hip implants. Included in the study was information provided by the US Food and Drug Administration.

Furthermore, "There was also evidence from one trial that patients receiving metal on metal implants have a lower quality of life (functional component) than patients receiving metal on polyethylene bearing." Researchers noted that although the differences in quality of life may not be clinically relevant, they could be considered as a focus for future studies concerning metal-on-metal hip implants.