For pharmaceutical companies, hip and knee replacements are cash cows, and medical device makers are jumping on the baby boomer bandwagon—in the next few decades, artificial hip and knees will likely reach record highs. But so too will hip and knee implant failures, and the makers of artificial knees and hips, such as Johnson & Johnson (DePuy), are circling their wagons against hip and knee failure lawsuits. 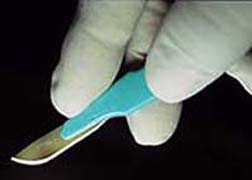 Regarding the Zimmer Durom Cup Product Liability Litigation, MDL NO. 2158 (SDW), which is pending in the US District Court in Newark, New Jersey, the Court ordered (December 2010) all cases to proceed to mediation. Zimmer said they are anxious to settle for a "fair amount," which will include lost wages and medical bills and revision (or replacement) surgery as a result of failed Zimmer hip. The first mediation started in San Francisco and mediations will follow nationwide in certain locations so that the Zimmer victims can meet with Zimmer representatives and explain what happened to them as a result of the defective Zimmer Durom Cup.

And north of the border, a Canada Depuy class action was filed in Toronto on behalf of persons in Canada who have had a DePuy hip device implanted. And many legal experts in the US predict that Zimmer NexGen Knee Replacement will soon be recalled.

(The Durom Cup was implanted in more than 12,000 patients in the US between 2006 and 2008—in July 2008, Zimmer announced that it was temporarily suspending sales of the Durom Cup in the US, but denied any "evidence of a defect" with its product. The complaint estimates that the failure rate of the Durom Cup—so far—is between 20 percent and 30 percent and likely will climb much higher in the next few years.)

Back in March 2008, a Florida woman filed a lawsuit against DePuy Orthopaedics after she was implanted with a DePuy ASR acetabular cup and began experiencing pain and "extreme weakness in her hip and quadriceps," according to the lawsuit, which also claimed the company knew about the device's problems but failed to warn physicians. About a year later, she needed revision surgery: her surgeon explanted the device and found that the device had "catastrophically failed."

DePuy sent a letter to doctors advising that the ASR hip product was being phased out, as of March 2010. According to The New York Times, this move followed two years of reports, including hundreds of complaints, that the implant was prone to early failure.

Attorney Rochelle Rottenstein pointed out that DePuy Orthopaedics, a Johnson & Johnson company, has a history of not taking responsibility for its products. "For example, even before this incident, DePuy had concealed from consumers important information about a knee replacement product it manufactured... Now it has become evident that DePuy again put its profits before the safety of consumers. Hundreds of complaints were lodged with the US Food and Drug Administration before DePuy company recalled the ASR systems."

More HIP AND KNEE REPLACEMENT News
Meanwhile, Johnson & Johnson (J&J), despite (or because of) pending litigation, is predicting big bucks are to be made with hip and knee replacements. After all, The New York Times (April 3, 2010) reported that the costs of replacing implants that fail early because of design or mechanical problems—devices that sell for as much as $15,000 each—are largely paid by Medicare, insurance companies and patients, not by manufacturers who may have sold faulty devices. Furthermore, orthopedic producers may sometimes even profit from the failures because they sell the replacements at full price. And that really hurts.

Sky News reported in early January 2011 that hip and knee replacements maker Smith & Nephew rejected a 7 billion pounds ($10.9 billion) takeover proposal from J&J, on the basis that it substantially undervalued the company. Sky News said that J&J was considering whether to return with a higher offer.

If you or a loved one have suffered losses in this case, please click the link below and your complaint will be sent to a drugs & medical lawyer who may evaluate your Hip and Knee Replacement claim at no cost or obligation.
Request Legal Help Now