Unregulated Herbal Supplements Can Be Lethal

The herbal supplement industry continues to be a headache for health advocates and consumers campaigning for stricter controls and labeling for a product sector that doesn’t fall within the normal parameters and guidelines mandated by the US Food and Drug Administration (FDA). That’s partly because herbal supplements are considered neither a food nor a drug and have thus far escaped more intense regulation. 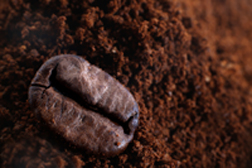 Advocates have long called for change, their arguments fueled by various tragedies and resulting lawsuits related to energy drinks, among others. However, a blog entry back in May and published by the New York Times Blogs (5/18/15) intensifies the focus on the dangers of unregulated supplements and caffeine powder, in particular.

Caffeine is something we think we know, found as it is in everything from coffee, to soft drinks, energy drinks, even chocolate. But the caffeine levels in these products are found in trace amounts at best. Pure caffeine can, is and has been lethal.

Packages of caffeine powder have been and continue to be sold in stores that feature herbal supplements and stocked alongside vitamins and protein powders. Lawmakers are trying to get caffeine powder off store shelves, but the product remains widely available online. Some manufacturers spell out the risks on product labels; however, with supplements, labeling is voluntary.

It’s hard to say if proper labeling might have saved the lives of two young men who used caffeine powder for the hoped-for energy lift the product was expected to deliver. Consumers, by and large, don’t read labels unless they are mandated to be thorough and obvious through the process of regulation. To review, supplements are not regulated, and voluntary labeling tends to be minimalistic at best.

There have been deaths. James Wade Sweatt was a 24-year-old college grad from Georgia. Newly married, Sweatt decided to mix some caffeine powder purchased online with water in order to gain a quick burst of energy. It is not known how much caffeine powder he used. However, Sweatt overdosed on pure caffeine, fell into a coma and died.

More HERBAL SUPPLEMENTS News
A similar thing happened to high school student and prom king Logan Stiner of LaGrange, Ohio. An honors student, Stiner had been “burning the candle at both ends” in order to complete a couple of projects on deadline, according to his mother. A friend had purchased pure caffeine powder online from Amazon and offered Logan some. However, Stiner miscalculated the dosage and died. The medical examiner said the cause of death was “cardiac arrhythmia and seizure, due to acute caffeine toxicity due to excessive caffeine ingestion.”

That was last May. This past March the Stiners filed a wrongful-death lawsuit against Amazon and other vendors, as well as the friend who gave Logan Stiner the caffeine powder.

There have long been calls for the herbal supplement industry to carry the same degree of regulation required of food and pharmaceuticals. Health advocates are frustrated at the slow pace of change, leading to further angst and threat of further health supplement litigation.

If you or a loved one have suffered losses in this case, please click the link below and your complaint will be sent to a diet and health supplements lawyer who may evaluate your Herbal Supplements claim at no cost or obligation.
Request Legal Help Now

Posted by
Mark Stafford
on July 21, 2015
I recently discovered caffeine powder and it was pretty clear to me from reading the vendor's description and customer reviews that I need to be really careful and that the only way to properly measure dosage is with a milligram scale. So I bought one for $25 on Amazon. The vendor I bought my caffeine powder from, BulkSupplements.com, has a big bold WARNING on the page to order it. It was obvious that I should exercise caution. So I do.

You should not blame the manufacturer or vendor or punish responsible consumers for other people not paying attention. The product is completely safe when consumed as directed and with an understanding of your own body’s reaction to caffeine. I am so sick of seeing in every article about this: "a teaspoon of caffeine powder is equal to 25 cups coffee". While that is technically true, nowhere on any of the packaging or info on the internet does it say that you should take a teaspoon of this stuff! Actually it says a serving size is 1/16 teaspoon. Even though an actual 1/16 teaspoon is very difficult to find, it does not take a rocket scientist to figure out that taking 16 times the recommended dose may cause problems for you.

There is a perfectly legitimate use for caffeine powder and many people consume it safely every day including myself. It is now my preferred means of consuming caffeine because gives me control of my caffeine consumption. I get to decide how much caffeine I want at any one time. I don't get extra sugar or chemicals that I don't want and I don't have to pay an arm and leg to get it. I have calculated using caffeine powder saves me at least $750 a year in sugary energy drinks and Starbucks (if I liked coffee). It is really easy to measure if you simply make caffeine water. I mix 2.5g caffeine powder with 1 liter of water which makes a 50mg caffeine/20g water solution. Every morning, using a typical kitchen scale, I measure out 40g of caffeine water (100mg caffeine), pour into some juice and I got the equivalent of strong cup of coffee for about a penny. That liter of caffeine water will last me several weeks.

If you don’t clearly understand how much caffeine you can handle or don’t have a good grasp of 2nd grade math, then you should probably not purchase caffeine powder. Since I do, I should still have access to a product that I have found really works for me.

Click to learn more about LawyersandSettlements.com
LawyersandSettlements.com - A trusted, independent legal news provider bringing quality news and information on legal cases and lawsuits filed in the United States of America to its readers since 2002. Over 650,000 legal help requests including , Consumer Frauds, and Personal Injury Cases have been forwarded to lawyers all across to the country.