The herbal supplement industry faces an additional crackdown, after New York Attorney General Eric Schneiderman announced he was targeting the makers of an arthritis supplement. This is the latest move in a crackdown on herbal supplement makers for allegedly misleading customers by not using proper ingredients in their products. 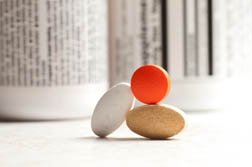 One such herbal supplement, St. John’s Wort, reportedly found no St. John’s Wort in the bottle. Other supplements were allegedly contaminated with rice, pine, primrose and other ingredients.

Now, cease and desist letters have been sent to a variety of companies that sell, market or distribute devil’s claw, taken for arthritis and other chronic pain. Thirteen letters were sent, after advanced DNA barcoding conducted by the New York Botanical Garden found that the devil’s claw supplements were made with a plant species that is related to devil’s claw, but less desirable. Companies were asked to propose ways to recall contaminated products and compensate consumers who bought the herbal supplements.

A fourteenth manufacturer, Nature’s Way, agreed to improve the manufacturing of its devil’s claw supplements, refund affected consumers and extend its barcode testing across its product line.

“When a scientific study tests numerous herbal supplements manufactured by more than a dozen companies and finds the wrong plant in just about every one, it raises more troubling questions about whether people who buy dietary supplements are getting what they pay for,” Attorney General Schneiderman said in a news release. “This is yet another sign that weaknesses in the supplements industry’s approach to quality control are having real-world consequences for consumers.”

More HERBAL SUPPLEMENTS News
Devil’s claw is the commercial name for Harpagophytum procumbens and is marketed as a treatment for arthritis and other joint pain. Some products were found to contain Harpagophytum zeyheri, which is similar but not identical to devil’s claw.

In all, 18 devil’s claw supplements were tested by the New York Botanical Garden. For the 16 supplements for which DNA was identified, all contained either the zeyheri itself or zeyheri mixed with procumbens, according to the news release. Among the manufacturers to receive the cease and desist letters were Now Foods, NBTY, Inc., and Shine Supplements.

Nature’s Way, which already reached an agreement with the attorney general’s office, had marketed its devil’s claw products as a combination of zeyheri and procumbens.

If you or a loved one have suffered losses in this case, please click the link below and your complaint will be sent to a diet and health supplements lawyer who may evaluate your Herbal Supplements claim at no cost or obligation.
Request Legal Help Now