And now there is more concern over heparin, after another manufacturer has announced a voluntary recall of the product, this time in vials, as opposed to pre-filled syringes. While no deaths have been reported as of January 17th 2008, when the recall was announced, Baxter Healthcare Corporation is concerned enough about its product that it is pulling a number of lots from the market.

The recall announcement, filed with the US Food and Drug Administration (FDA) and residing on the FDA web site, is stamped URGENT PRODUCT RECALL.

Baxter Healthcare, based in Round Lake, has announced the recall of the following lots of heparin sodium injection vials: 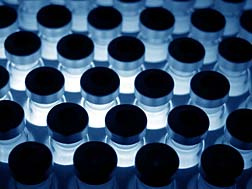 Baxter has initiated a voluntary recall of the affected vials of heparin sodium solution due to an increase in reports of adverse reactions including, but not limited to:

The manufacturer reports in a release dated January 17th 2008 that it has launched an in-depth investigation into the affected product, in an effort to determine the root cause of the reactions, some of which appear rather severe.

More News
It is not known, nor is it suggested that the reactions are due to some kind of bacterium, or whether the cause is linked to a manufacturing issue.

All of the affected products, and product lots carry an expiry of October 2009, with the exception of Lot # 097081, which carries an expiry date of September 2009.

Baxter Healthcare Corporation is a trademark of Baxter International Inc.