It is a sad truth that medical products designed to keep you alive, could wind up killing you. But that's exactly what's at stake with the recent recall of heparin and saline pre-filled flush syringes manufactured by AM2 PAT Inc after it was found that two lots carried contamination for Serratia marcescens, a deadly bacteria that has the potential to cause serious injury, or even death. 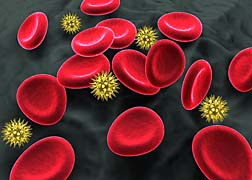 Ironically, these pre-filled syringes are designed to keep you alive through the use of heparin, a type of anticoagulant or blood thinner often used in the treatment of deep vein thrombosis. Heparin can help prevent blood clots from forming, or work to prevent existing blood clots from getting bigger. Blood clots, themselves, carry serious risk—therefore anything that mitigates their power can be extremely useful from a medical context. Heparin is also given to home patients to clear out catheters and intravenous lines.

Here's the rub: if you want to mess with the ultimate Achilles heel of any human being, you go straight to the bloodstream. The bloodstream goes everywhere—heart, lung, brain, and kidneys. A blood infection is, by far, the most serious infection to have, and the most deadly.

Thus, one would think that a manufacturer undertaking the assembly and preparation of these pre-filled syringes, and charged with the responsibility that such a product implies, would be over-the-top in terms of sterility issues.

Not so, allegedly. In announcing the nationwide recall of all lots of AM2 PAT heparin syringes on January 25th, of the US Food and Drug Administration (FDA) revealed that the manufacturer "is not in compliance with the Quality System regulation and failed to have adequate controls to ensure necessary sterility of its pre-filled syringes."

Great. So somebody comes along and gives you an injection of heparin and saline from a pre-filled syringe, more than likely pulled from a hermetically sealed pouch and looking, and smelling very sterile. It's a medical product, after all. And we have all been raised with the belief and expectation that anything that comes from the doctor or the nurse is safe and sterile. That's what medicines, and medical products do. They make us well. They're not supposed to make us sick.

To date, 40-odd cases of blood infections have been reported in Illinois and Texas. Syringes from the same tainted batch were also sent to Florida, Colorado and Pennsylvania. It was in December of last year that blood infections caused by Serratia marcescens were coming to light, and Federal health officials began investigating.

On December 20th the FDA announced that AM2 PAT had initiated a nationwide recall of one lot of Pre-Filled Heparin Lock Flush Solution USP (5 mL in 12 mL Syringes) Lot # 070926H. The renowned Centers for Disease Control and Prevention (CDCP) in Atlanta had confirmed growth of Serratia marcescens from several un-opened syringes.

More News
Pre-filled heparin syringes are most often used in the home care environment, with patients requiring treatment for cancer and other medical difficulties.

It is here, that the unfairness and horror of such alleged lapses in manufacturing sterility protocols comes into plain view. Cancer patients (and their families) are already suffering from the physical and emotional strain of what is often an incurable disease. As such their immune systems are already adversely compromised. The thought of introducing a further complication via the use of a pre-filled heparin syringe is not only morally abhorrent; the introduction of a blood infection to an already stressed immune system could have life-threatening consequences.

Symptoms of a blood infection can include fever, chills and vomiting. Antibiotics are the usual course of treatment.