As the tainted heparin issue continues to reverberate around the globe, lawsuits continue to mount as those harmed by contaminated heparin, or the families of those who have died, seek compensation in the face of a complex and convoluted environment.

In a word, whom do you blame? The manufacturer, for sourcing the tainted heparin from China in the first place? Or the government, for not providing the US Food and Drug Administration (FDA) with the necessary tools to police imports? In Missouri, they're suing the manufacturer — in this case, for allegedly waiting too long to initiate a recall. 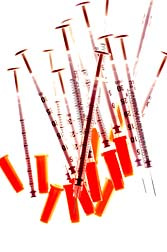 The family of the late Freddie James Williams Sr. is suing Tyco Healthcare, one of the last companies to initiate a heparin recall after reports began pouring in that something was decidedly wrong with heparin coming in from a certain factory in Changzhou, China. Between January 17 and March 21 of this year, three other healthcare companies announced four recalls of heparin products originating from Changzhou SPL, a facility majority-owned by Scientific Protein Laboratories of Wisconsin.

Tyco Healthcare finally recalled its heparin stocks on March 28th. However, the recall came too late for Mr. Williams, 67, who died the same day. The lawsuit launched on his behalf — believed to be the first action against Tyco Healthcare — is being handled by Jeffrey Killino, a name familiar to regular readers of Lawyers&Settlements.com. "Public and medical professionals need to be extremely cautious," says the lawyer from Philadelphia.

"This case demonstrates that recalled heparin is still in circulation, and there may be many more deaths throughout the country linked to it. The family was never notified of the recall, and one month after Freddie's death, his family still has numerous recalled syringes in their possession.

"No one has contacted them to ensure those syringes were discarded."

The situation first raised its head in November of last year, when the Missouri Department of Health and Senior Services began to analyze an outbreak of acute allergic reactions amongst a handful of adult and pediatric hemodialysis patient. Once State officials alerted the US Centers for Disease Control and Prevention (CDCP) in Atlanta on January 7, 2008 things began to happen quickly. A nationwide alert for similar cases revealed that two dialysis supply companies reported at least 50 similar allergic reactions among adult hemodialysis patients at facilities in several States.

The heparin scare now encompasses nine countries, and the tainted heparin has been found to be contaminated with oversulfated chondroitin sulfate (OCS), an over-the-counter medication for the treatment of joint pain. OCS is produced at a fraction of the cost of pure heparin, mimics heparin, and is impossible to detect using standard testing methods. The tainted heparin has been linked to the Changzhou SPL plant in China, which has been cited by the FDA for several violations at the American-owned plant. Among them, failure to control its crude supplies, to test for impurities, to investigate the cause of failed lots and for manufacturing with unclean tanks containing unidentified materials.

The facility in question supplied heparin to all four companies which initiated recalls. Baxter, one of the largest producers of heparin that sourced raw heparin through the Changzhou SPL plant was the first to respond to the concern and issue a recall, coming on January 17th — just over a week after Missouri State health officials notified the CDCP and within days, if not hours of realizing the problem was more widespread than first thought.

More HEPARIN News
Baxter not only shut down its heparin manufacturing facility in response to the concern in early February, it also triggered a recall of its heparin lock flush syringes on February 28th. A little less than a month later, on March 20th and 21st two more heparin companies issued recalls: American Health Packaging, and B. Braun Medical announced recalls of their heparin products.

Had Tyco Healthcare done the same, or earlier, would Williams be alive today? That's a question for the courts. Tyco waited until March 28th to announce a recall, the day Mr. Williams died. A few days could have made a big difference, and might have saved Mr. Williams from the pain and suffering he experienced while going through what amounted to be the classic symptoms of heparin contamination: nausea, vomiting, excessive sweating and extremely low blood pressure.