Howard, a 46-year old professional truck driver, recently suffered a life-threatening accident. He was taken to hospital by ambulance, and later a hospital in Houston, where he was subsequently given Heparin. But the Heparin has caused severe problems, including shortness of breath, changes in blood pressure, and possible cardiac arrest. 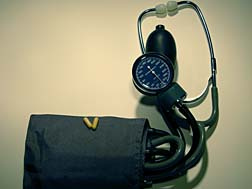 It happened on April 1, 2008, near the town of Henderson, Texas. It was just another working day for Howard. He was driving his rig—an 18-wheeler--down the freeway and ended up in an accident that caused his truck to roll four times. He sustained four cracked ribs, a punctured left lung, and a pulmonary embolism in his right lung. He was rushed to the nearest hospital in Henderson, but was there for less than two days. He was then released into the care of his wife. "I tried to get the hospital to transfer him by ambulance to a hospital in Houston, but they wouldn't do it," she said. "So I had to drive him to Houston myself, in the car. He was in terrible pain, and anything could have gone wrong during the trip."

Howard and his wife live a two-hour drive from Houston. Understandably, they believed the journey would be worth it. But their troubles were just about to begin. Once admitted to the Houston hospital, he was given Heparin. During his two week stay he developed breathing problems such as shortness of breath, and his heart actually stopped beating, temporarily, at night when he slept. "The cardiologist said his heart stopped beating for three minutes one night. He told me it was sleep apnea but my husband has never had sleep apnea before. This doesn't make sense. And, Howard's never had any heart problems either," his wife said. "Then I noticed they had changed from the bagged Heparin to something else, and I was very concerned.

We are about to go to hospital for the third time--where he will be admitted for a third time, because they cannot stabilize his INR." An INR stands for International Normalized Ratio. It is a blood test used to monitor the time it takes blood to clot in people who are on blood thinners. "Every time his INR drops we have to go back to the hospital in Houston, and it's a long drive," his wife said.

More News
What do the doctors say will happen? "We don't know what the outcome will be; the doctors are just trying to get his blood levels to stay within a normal range," she said. "They've changed his lab days from once a week to every other day. I'm guessing it's because of the Heparin. And he still has breathing problems.

Recently, I saw something on the television about a class action suit against Baxter, the people who made the tainted Heparin. I know the hospitals were supposed to have pulled this stuff out of the pharmacies but you never know; there could be the odd lot that slips through the cracks." That's why Sherry decided to do some research on the Internet about the possibility of taking legal action. She wants to know if tainted Heparin is responsible for her husbands continued bad health, and a lawyer could help her get the answers.