Did Heparin cause Mother's Death?

"My mum was given Heparin after she had an appendectomy as a blood thinner," says John G. "Maria was fine after this minor surgery but next day she lapsed into a coma—she never left the hospital." Maria was only 68; with the exception of high blood pressure, she was healthy. John's lawyer is now looking into the cause of her death and if she had an adverse reaction to Heparin.

In August of 2006, Maria came out of surgery and asked John (not his real name pending a lawsuit) to bring her some food. " I brought her beef soup from her favorite restaurant and she ate all of it," he says. " I brought my cousin into her room and we were all laughing and chatting and she was excited about going home the following day. She was fine; talking and walking around. But the next day I got a call from my sister—she was at the hospital and our mother was in a coma. I flew back to Sunrise Hospital in Las Vegas that day and we called the rest of our family. 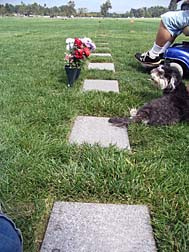 I saw my mother in the ICU and that is where she stayed, on life support for 57 days. Finally, we decided to pull the plug; three days later she passed away.

Nobody really knew what happened. They said she had internal bleeding and it was one thing after another. After minor surgery she had a heart attack and kidney failure. A few days after surgery, I asked the nurse what she was being given. The nurse told me she was getting Heparin to thin her blood. As well, they had a conflicting report: one nurse said she found Maria on the floor in the bathroom and another nurse said that when she was checking her vital signs, Maria was non-responsive. I really wanted to have an autopsy done but my sister said just to let everything go.

I want to find out what really happened. Doctors would say it was her age and high blood pressure but that isn't good enough. Then I read about Heparin. It got me thinking—might this be the cause of her heart attack or internal bleeding?

I talked to a lawyer last night and he if he takes this case, he will request her medical report from the hospital. I keep thinking about my mother and dream about her all the time. I think she wants justice done. And for me too. They can make a lot of excuses but she was in the hospital to get better, not to die in there."

On February 28, 2008 the FDA reported that the number of deaths from Heparin had risen to 21.

The FDA and Baxter decided not to recall all its products in January because about 450,000 people in the US are on dialysis and Heparin is used by almost all of them. Because Baxter makes about half of the country's Heparin supply, there was concern that a product shortage would be a greater risk. However, the FDA later concluded that there was "sufficient capacity on the part of other suppliers that Baxter's recall will not jeopardize access to this drug".

The cause of adverse reactions to Baxter's Heparin may have been traced back to Chinese manufacturing.

Posted by
Brenda Kyle
on January 28, 2016
My mother died Aug. 1st 2009 after being given a bolus of heparin following surgery. She died within 26 hours of admission. No autopsy performed. They listed a sudden onset of "A-fib" as the cause of death on the death certificate.