Heparin Suspension too Late for Many Victims

On February 11, 2008 Baxter HealthCare Corp., producers of about half of the blood thinner heparin sold in the US, said it was temporarily suspending production of its multi-dose injectable form of the drug following reports of serious allergic reactions and possibly four patient deaths. Unfortunately, that news has come too late for many people such as Agnes Katz's mother.

"My mother was the epitome of health: she swam 60 laps a day, she read books and socialized; now she can't do anything," says Katz. It all started when her mother fell down the stairs and fractured her hip. "She had an operation and it was a success, then she had therapy—wonderful, she was walking a lot. But six days after surgery (last November) she wasn't feeling well and couldn't eat. She had blood in her stool and had to get an endoscopy; the doctor told us she would be out in 15 minutes. 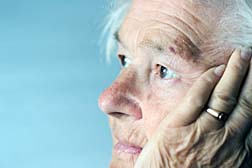 But he came into the waiting room a few minutes later and said she was too sick for the endoscopy; her platelets were too low and she was bleeding internally. She had a blood clot in a vein in both legs—they had swelled up like two balloons.

The doctor said it was an allergy to heparin she had in the hospital and some people can develop blood clots. I thought heparin is supposed to eliminate blood clots. I heard that hospitals only clean the IV with it—but my mother couldn't have gotten that sick unless she had an injection of the drug.

I think she got a shot before the operation so she wouldn't get blood clots. The hematologist said it was impossible to drop the platelets that much without getting a shot of heparin, not just a rinse in the IV bag.

Now she is very sick and I don't know if she will recover. It also opened an old ulcer in her stomach and that was bleeding. They put a filter into her groin to try and catch the blood clot so it won't travel to her heart or lung. She has to be very careful—they couldn't give her comudin [an anticoagulant] in case she might bleed to death.

When you buy over-the-counter products, it comes with warnings that tell you to test 24 hours ahead of time—such as hair color that you test on your arm. Why don't they test you for a drug like heparin? Doctors know the dangerous side effects. It doesn't make sense."

The FDA said that there have been about 350 reports of adverse reactions to heparin since the end of December, 2007, and most of those reports involved patients who had received a "bolus dose," which is a high dose administered over a short period of time.

Adverse reactions included difficulty breathing, nausea or vomiting, excessive sweating and falling blood pressure, which can lead to life-threatening shock. "These reactions have been seen with as few as several thousand units per milliliter of heparin, and as much as 50,000 units per milliliter," said Dr. John Jenkins, director of the U.S. Food and Drug Administration Office of New Drugs at the Center for Drug Evaluation and Resarch. Jenkins also said that a cause to the adverse events has not yet been identified.

Baxter, which is based in Deerfield, Ill., voluntarily recalled affected lots of its product January 17th. However, since that time adverse reactions were found in other lots of its multi-dose heparin, which led to the suspension of production. There is concern that this suspension could lead to a shortage of heparin—the FDA further stated that doses of the drug already in hospitals and clinics will not be recalled.

More News
"A recall would result in an immediate and severe shortage of this medically necessary drug. The FDA has concluded that it is better for the public health to allow the Baxter multiple dose vials of heparin to remain in distribution," Jenkins said. Meanwhile, Baxter will continue to make its single dose vials of heparin.

APP Pharmaceuticals of Schaumburg, Ill., also makes multiple dose vials of heparin and has not been associated with any adverse events. "It is also being checked to see if there has been an increase in the number of adverse reactions with its product," Jenkins said.
More than one million multiple-dose vials of heparin are sold each month in the US. How many more people have unknowingly suffered adverse side effects to heparin, like Agnes Katz's mother?