On the surface, the payday for two healthcare fraud whistleblowers may seem excessive at a combined $38 million. But when the depth and breadth of the alleged healthcare fraud is factored in, it soon becomes clear the contributions of the two lead plaintiffs were integral in what has been described as one of the largest examples of alleged healthcare fraud, in terms of the number of defendants, in the history of the False Claims Act (FCA). 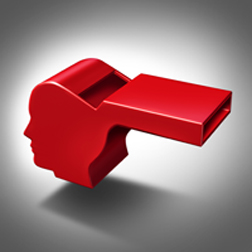 In total, 457 hospitals in 43 states were involved, with additional hospitals still under investigation. The issue centers on billings to Medicare for implantable cardioverter defibrillators (ICDs) that were deemed to be in violation of the FCA - resulting in millions of dollars worth of allegedly needless billings to Medicare and subsequent payouts by the government-backed health agency.

An ICD is considered for a patient following a heart attack, bypass surgery or angioplasty. The ICD is an implantable device that helps to regulate heart rhythms for a weakened heart. Some patients will see their hearts strengthen on their own following a procedure, eliminating the need for an ICD - and there are various waiting periods and other protocols in place under the auspices of Medicare that hospitals are supposed to observe before determining whether or not an ICD is required.

The healthcare whistleblower lawsuit accused hospitals of systematically bypassing those waiting periods and implanting ICDs into patients too soon.

It’s an expensive issue for Medicare, given that ICDs come with a price tag of about $25,000 each.

The two healthcare fraud whistleblowers - Leatrice Ford Richards, a cardiac nurse, and Thomas Schuhmann, a healthcare reimbursement consultant - suspected the practice and brought their original lawsuit in Florida federal court in 2008. Such lawsuits, based on allegations of fraud against the government, are available for the government to assess and to join or defer the matter to the original plaintiffs and let them litigate the case on their own.

In this instance, the US Department of Justice (DOJ) saw sufficient evidence of widespread healthcare fraud to join the lawsuit, together with the subsequent launch of an investigation into the alleged fraudulent billing.

The hospitals - some of which are the nation’s leading hospitals and ownership groups - countered that waiting periods couched in national coverage determinations observed by Medicare are at least 10 years old, outdated and have not kept pace with science, technology and various advancements in medicinal best practices.

More HEALTHCARE FRAUD News
However the DOJ didn’t see it that way: “While recognizing and respecting physician judgment, the department will hold accountable hospitals and health systems for procedures…that fail to comply with Medicare billing rules,” Benjamin C. Mizer, head of the DOJ’s Civil Division, said in a statement.

In total, the healthcare fraud whistleblower settlement is worth $250 million. The case is US ex rel. Ford et al. v. Sealed Defendants, case number 1:08-cv-20071 in the US District Court for the Southern District of Florida.

Posted by
Laura Balcita
on December 13, 2015
My daughter is 38 years old and Downsyndrom. After being a care provider for her all her life then becam a SEIU member in 2005 when I became employed by my daughter threw In Home Support Service of Alameda county in the state of California. The loss is approx 200 hours of protective service care for juanita.Case manager of IU home suoport service says my daughter no longer qualifies because my daughter is not suicidal. And does not harm herself. Now I have had 246 hours as of July 2015 this changed due to a new law...She can not show me nothing in paper proving this law. My 38 year old daughter has never been left alone. She can not speak clear and hard to understand.Here is a incident, she told me she got hurt at school. Had a meeting at her school now schol says she fell out of bed. I believe my daughter and she got her at school. Here the thing I
We are at home and not getting protective service my daughter would have no body to tell ..or believe her. My complaint is my daughter needs the hours returned she needs someone to protect her . She has a very high tolerance for pain
Posted by
Jake
on December 2, 2015
Some award would be reasonable for whistleblowers, but their allegations were not based on evidence for all 457 institutions, but the one - is that correct? Medical bounty hunting should not be encouraged.