What originally began as a healthcare fraud whistleblower lawsuit has resulted in the payment by a hospital in Jackson, Tennessee, of more than $1.3 million to the Feds to settle allegations of fraud against Medicare and Medicaid. 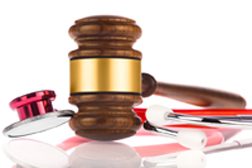 According to The Jackson Sun (5/8/15), the US Department of Justice (DOJ) alleged that Jackson-Madison County General Hospital placed cardiac stents in patients when the procedure was not required, together with other cardiac procedures that were deemed not medically necessary. The hospital, according to allegations stemming from an investigation and a whistleblower healthcare fraud lawsuit, then billed Medicare and Medicaid.

According to the DOJ, the overbilling by the hospital was healthcare fraud.

“Billing Medicare for cardiac procedures that are not necessary or appropriate contributes to the soaring costs of health care and harms patients,” said Edward L. Stanton III, US attorney for the Western District of Tennessee, in the news release published in The Jackson Sun.
“Settlements like this protect public funds and safeguard the beneficiaries of federal health care programs.”

The whistleblower in the healthcare fraud lawsuit, identified as Dr. Wood D. Deming, brought allegations suggesting unnecessary cardiac procedures to the attention of the DOJ in a whistleblower lawsuit under the False Claims Act.

The report did not specify whether or not an investigation took place. Rather, the settlement was reached based on the allegations. According to the release issued by the DOJ, the settlement deals with the allegations only and does not address nor make any determination of liability on the part of the hospital.

More HEALTHCARE FRAUD News
According to the qui tam whistleblower lawsuit, various procedures related to cardiac and cardiovascular care were undertaken when it wasn’t medically necessary to do so. Beyond the placement of stents that allegedly were not needed, the hospital was accused of undertaking other procedures that also were not deemed medically necessary: angioplasty, catheterization and ultrasound imaging.

It was alleged that the hospital billed Medicare and Medicaid for the procedures from January 2004 through December 2011.