Doctor from Dallas Collects $11.4 million for Blowing the Whistle on Healthcare Fraud

A Dallas doctor decided in 2009 to blow the whistle on a physician over a billing scam that was costing the healthcare system and American taxpayers millions and millions of dollars. Six years later, after a long investigation by the Department of Justice (DOJ), Dr. Bijan Oughatiyan’s former employer, IPC Healthcare Inc., was ordered to pay $60 million plus interest, to settle a false claims case brought against the company based on the information the whistleblower doctor provided. 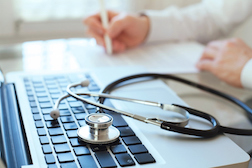 Dr. Oughatiyan joins the increasing number of people who make the decision to pick up the phone and tell authorities about wrongdoing. Many of those whistleblowers work in the healthcare industry where false claims are rampant.

Under the False Claims Act whistleblowers are entitled to a reward -- and for sticking his neck out Dr. Oughatiyan will collect a cool $11.4 million.

Attorney Matthew Organ who has represented many whistleblowers including Dr. Oughatiyan says it is usually not the money that drives people to his office.

“It is not just the money and whistleblowers almost never know how much money is at stake at the outset plus the chances of recovery are always in question,” says Organ from the firm of Goldberg Kohn Ltd. in Chicago.

“The whistleblowers we represent, including Dr. Oughatiyan, just typically can’t stand to see the wrong thing happening. Right is right -- and what he witnessed in this case was clearly not right. He just couldn’t allow that this to happen without taking steps to stop it.”

Doctors “up-coded” their services. Simply put, they charged for more than they actually did.

“Typically billing rates would show a bell curve – there would be some high codes, some low, and some in the middle,” says Organ. “But in this case, we saw everyone billing at the highest level.

“If you added up the amount of time associated with each of those codes it indicated that a physician would be billing for something like 48 hours of service in a single day.

“They maybe saw 60 patients and then billed them all out at the highest code. It meant they would have had a 40-hour-work-day,” says Organ.

TeamHealth admitted no wrongdoing but under the terms of the settlement the company has agreed to a five-year Corporate Integrity Agreement (CIA) with the U.S. Department of Health and Human Services Office of Inspector General (HHS-OIG) covering the company’s hospital medicine division in order to increase transparency and assist the company in avoiding fraud and abuse in the future.

Last year the DOJ recovered more than $4.7 billion in settlements and judgements under the False Claims Act. The majority of those False Claims cases were in the healthcare industry.

More HEALTHCARE FRAUD News
In addition, the number of individuals coming forward with evidence of wrongdoing is also increasing with 702 whistleblowers suits filed in 2016. Between 2009 and 2015 the government has paid out some $3 billion to individual whistleblowers.

“When people see big settlements like the one in this case it opens their eyes to the idea that the government will do something about this,” says Organ who spends most of his time working on these kinds of cases.

“You don’t have to just roll with this. You can report the fraud and you can even recover for doing so. I am always happy, whether they are my client or not, to see whistle blowers succeed in these cases.”

And what about Dr. Bijan Oughatiyan – the doctor who couldn’t live with what he saw?

Still practicing medicine in Dallas – and sleeping with a clear conscience no doubt.

If you or a loved one have suffered losses in this case, please click the link below and your complaint will be sent to a healthcare fraud lawyer who may evaluate your Healthcare Fraud claim at no cost or obligation.
Request Legal Help Now

Click to learn more about LawyersandSettlements.com
LawyersandSettlements.com - A trusted, independent legal news provider bringing quality news and information on legal cases and lawsuits filed in the United States of America to its readers since 2002. Over 650,000 legal help requests including Whistleblower Cases, Consumer Frauds, and Drugs & Medical Cases have been forwarded to lawyers all across to the country.